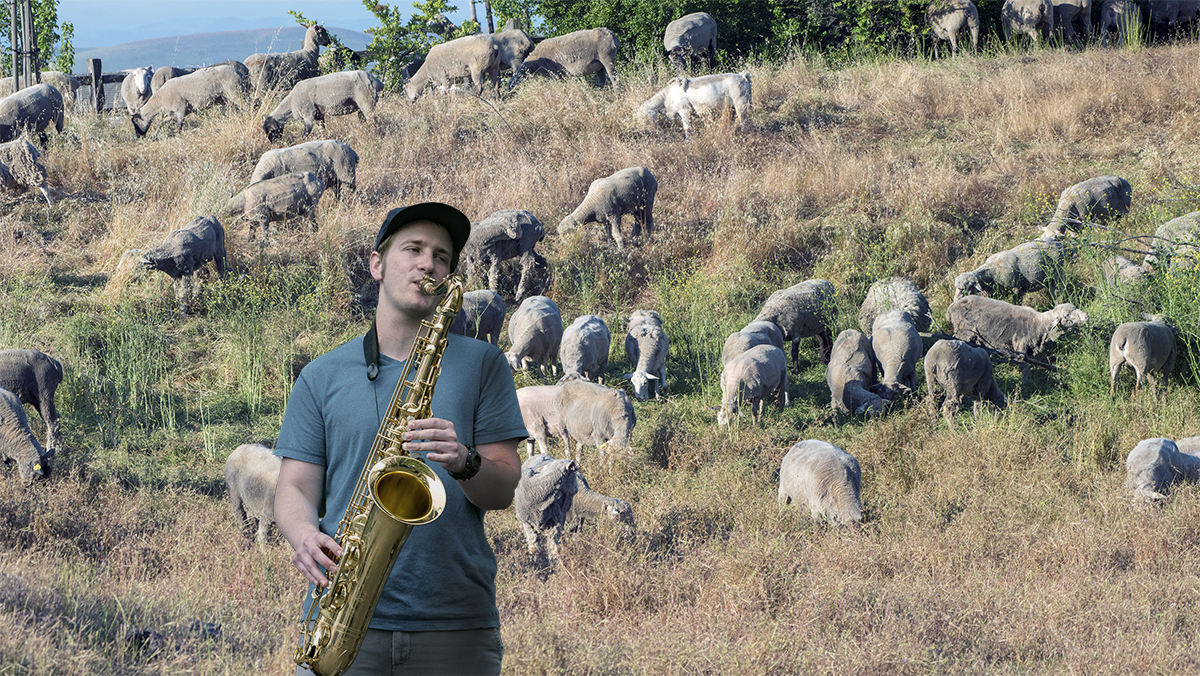 However, in Mr. Mares’ case, not only did the goats seem nonplussed by his saxophone playing, they seemed annoyed, which reduced their grazing productivity. In addition, neighbors reported his activity to the sheriff on two of his five outings.

“I kept seeing these Internet videos with people playing the piano, the trumpet, and whatnot, and the animals responded,” said Mr. Mares speaking from his Cottage Street home. “So I made my way out to where all them goats are eating up all those weeds. But this crazy lady started yelling at me and told me she would call the cops. Over what? Playing the sax?”

“I was doing my genealogy when the dogs started going crazy. I heard that horrible music when I went to see what was going on. My Australian Shepherd was running around in circles and barking like crazy. That’s when I called the sheriff.”

Nevada County Deputy Sheriff Reese Donalds arrived in the late afternoon to find Mr. Mares playing what he referred to as “Kenny G’s greatest.” Deputy Donalds told Mr. mares about the complaints and asked him to cease playing. After a brief discussion, Mr. Mares agree to stop playing.

“I thought I could help out,” continued Mr. Mares. “You know, make the goats happy. I was hoping they’d come up to me and do some goat dance or something. But they just ignored me. So I might come back later with my accordion. I bet they’ll dig that.”