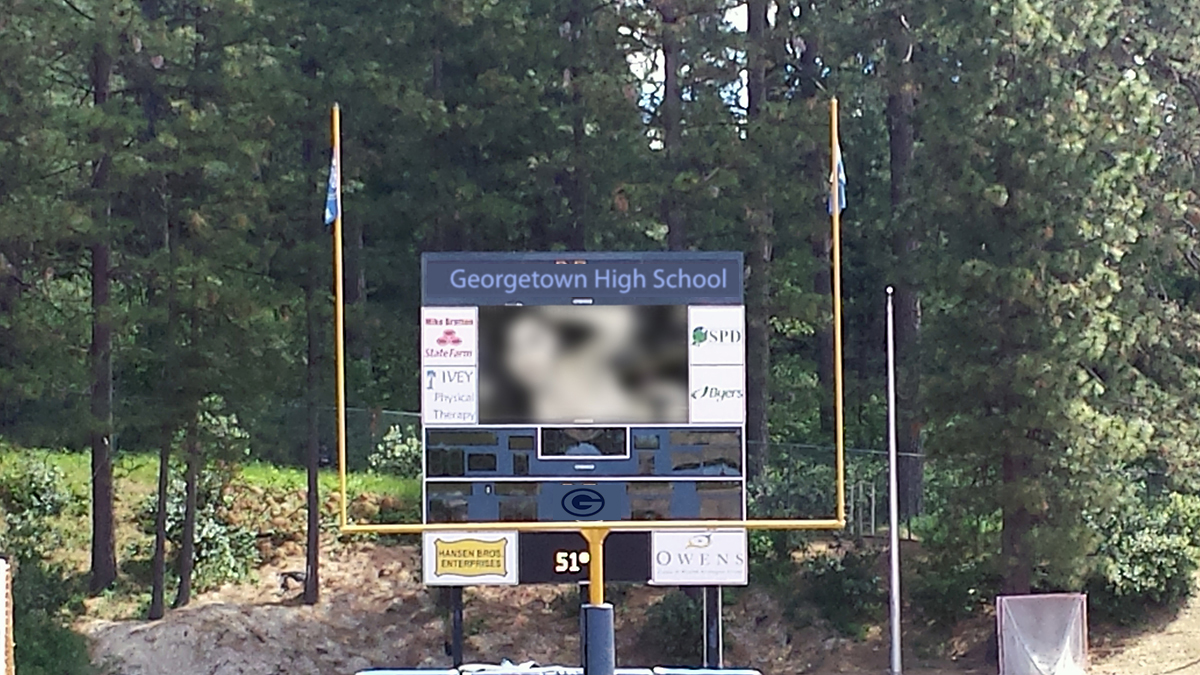 “We’re still looking into it,” said Washington D.C.-based FBI field officer Mary Stenberg, “but like most of these attacks, they often come from the inside. and in this case, it seems reminiscent of an attack on Safeway self-checkout machines about a year ago by a similar group.”

Officer Stenberg was referring to a hack by a similar group who installed adult videos on a local Safeway’s self-checkout machines, as previously reported on Gish Gallop.

The incident was first reported to the high school’s administration around 11:30 am, however, according to other eyewitnesses, about 100 students in all, the video cast had started 2 hours earlier. It took maintenance crews an additional 1 hour to finally disable the giant television set’s adult feed.

“Everyone just stood around and stared at it,” said high school senior Finn Swann who was cutting class that morning on the football field. “I was just out there hanging with my buds Joey and Stevie when this raunchy shit came on the screen. I was like, ‘Joey, look at that action.’ All of a sudden there were hundreds of other kids around and the teachers where like ‘go to your classes’ and shit like that.”

One graduating Senior, Kevin Thomas of Verdon, VA , said he thinks he knows who’s behind this hack.

According to FBI agent Stenberg, the investigation will continue until they find the perpetrators.