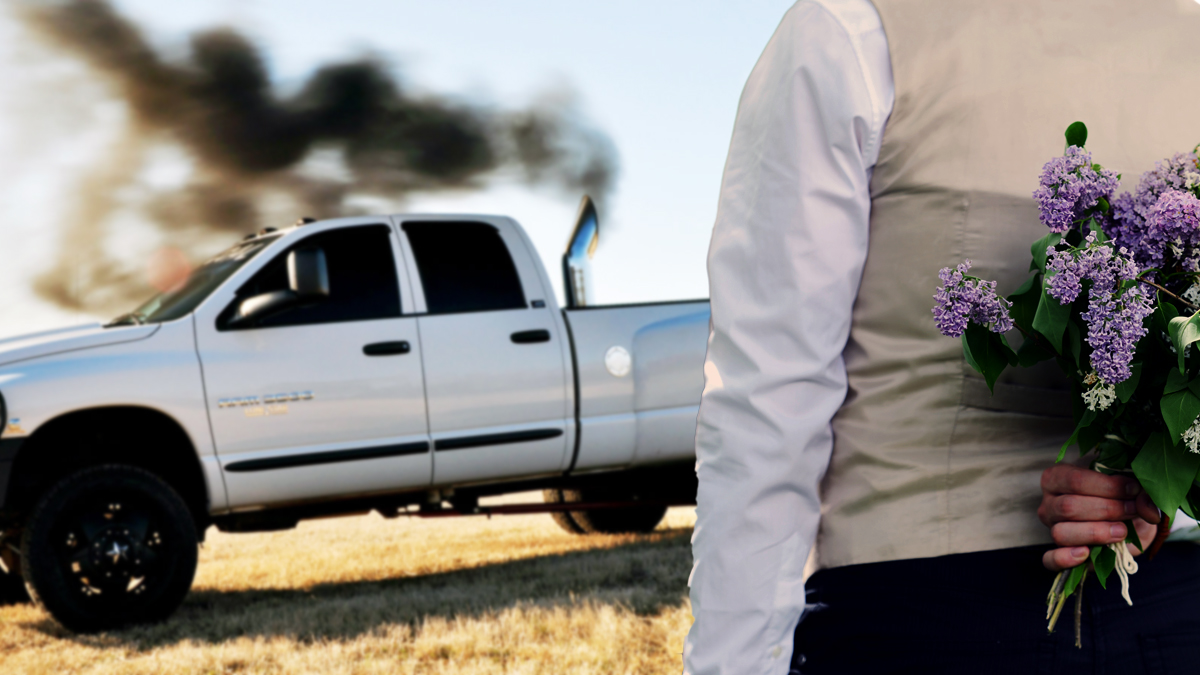 “We’re still trying to understand what Jayce actually did,” said Don Dickens, Jayce’s uncle visiting from Redding, CA. “We also look forward to coming to the reunion, but after he said that weird thing, we’re not sure we’ll attend next year.”

According to other family members, by the late afternoon, Jayce had consumed “a large quantity of Budweiser” and began to get, in the words of his mother Grace, “mouthy.”

“We’re as shocked as anyone else,” said Grace Dickens via a Beacon telephone interview. “He just climbed on top of one of the picnic tables and told everyone he ‘got hitched.’ Both Dan [Grace’s husband and Jayce’s father] and I were shocked, but Dan’s side of the family was already 8 cases into the day, and they started cheering. And then he told everyone who he married.”

It was at that point, Uncle Don said, that everyone shut up and stared at him.

“Well, at first we said ‘Hell Yeah! Congrats, boy!’, but then he pointed to his truck,” continued Uncle Don. “You could have heard a pin drop. In fact, my mother started to cry. Imagine that, making a 78-year-old woman cry. As I said, we’re probably not coming back.”

As for Jayce, he doesn’t get what the big deal is about.

“Look, I love my truck,” said a somewhat defiant Mr. Dickens. “I want to show the world how much I her. I mean, if people can marry their Priuses and trees, I can marry my truck, you know?” [Editor’s note: people are not marrying their Priuses nor trees. Well, some are, but ignore those freaks.] “I had my buddy take engagement pictures and everything. I’m not sure why my family was so upset. But they’ll get over it when they see how great my 3500 is.  They need to get to know her.”

According to Mr. Dickens, he and his Dodge plan on honeymooning in Coos Bay, Oregon, followed by a short trip to Twin Falls, Idaho because, according to Jayce, “I dunno.”