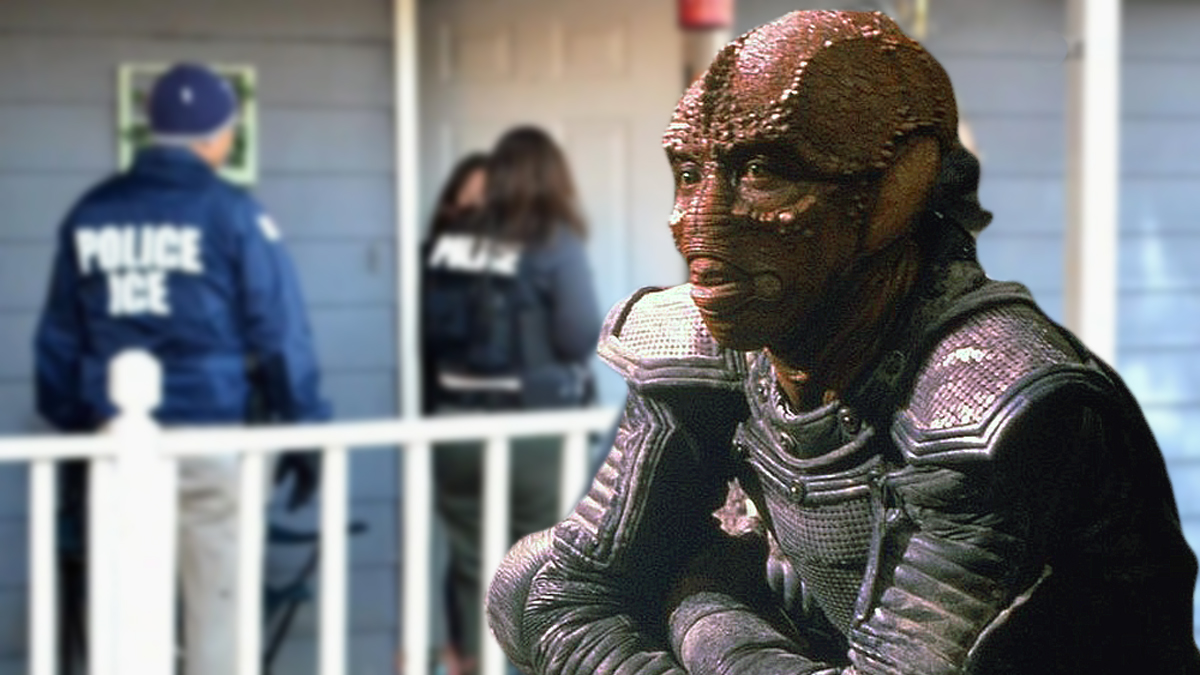 Grass Valley, CA — A shape-shifting reptilian alien who’s made his home in Grass Valley, CA has no desire to return to his home planet of Nocknon which orbits the star KIC 8462852. Zahhak Sobek, or better known by Grass Valley locals by his given Earthly-assumed name of Gregg Koehler, came to Grass Valley over 15 years ago with his pit bulls and never left. And now with the ascension of Donald Trump to the Presidency, he’s worried that he’ll be deported to Nocknon in the coming year despite never committing a crime.

“I’m not sure where to start,” said Mr. Koehler speaking with Gish Gallop over the weekend. “I mean, it’s so great here and I don’t want to leave. I’ve managed to shape-shift into a reasonably looking human male, and I’ve been my skills to work repairing helicopters. I’m a valuable member of society now.”

Zahhak, that is Mr. Koehler, made front page news last year for praising the water pipe selection at Grass Valley’s Tribal Weaver store on Mill Street. Word of his praise reached across the galaxy, which caused a brief flood of intergalactic “Ganja Tourism” in and around the Nevada County area. But there are other reasons Mr. Koehler isn’t looking forward to returning to his home planet.

“Ah man,” continued Mr. Koehler, “Nocknon is great. I mean, my family is there and things like that. But it looks a lot like Fresno or Bakersfield in the summer. Kinda dry and dusty. Flat. And it’s boring as shit. Here in Grass Valley, is sooo green and quiet. Chill, you know? I’m really hoping ICE [United States Immigration, Customs Enforcement] lays off. I don’t have a work Visa or anything like that. I mean, think about it. I’m not even from Earth.”

In recent weeks, the Trump administration has stepped up illegal immigration law enforcement with some aggressive and highly publicized arrests and raids. However the administration has no position on “over stays” by visitors from other planets or galaxies.

“That’s my hope,” continued Mr. Koehler. “You know, that I get to stay here due to a technicality. I really like it here.”