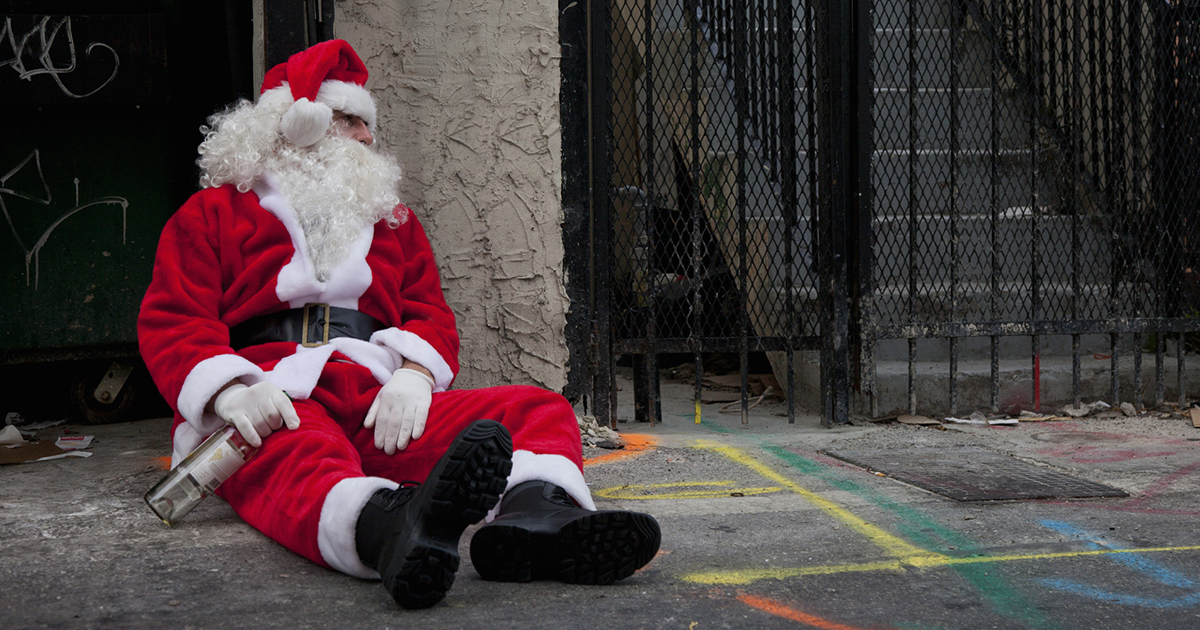 North San Juan, CA — After an exhaustive 1.5-year investigation, North San Juan resident Skyy Wolford published a self-proclaimed “Non-Santa Manifesto” on his local blog early this week. Mr. Wolford, who is a part-time chemtrail researcher and amateur ionizing radiation hobbyist, announced to the world that “Santa Claus is a vast conspiracy created by capitalist bourgeoisie forces,” which aim to “desensitize us to an ever-increasing consumerist culture and prepare us for mass extermination.”

Mr. Wolford is not a scientist, nor does he have any scientific training. He did spend two semesters at Sierra College studying psychology until he decided “school was not right for him.” The 34-year-old retired to North San Juan to sell fake “local” crystals to Yuba River tourists that he sourced from Malaysia. Since then, Mr. Wolford has focused his attention on what he feels are the most pressing issues of the day: FEMA camps, the campaign to forcibly poison us with vaccinations, chemtrails, and of course, the grand Santa Claus conspiracy.

“For years now, they’ve lied to us,” said an unusually enthusiastic Mr. Wolford via a landline phone interview.  “But now the biggest conspiracy since the incorporation of Yule into Christianity has been uncovered: There is no Santa Claus. Who wasn’t told this absurd lie? For many, it was even told by their parents! And who is behind this conspiracy? The C.I.A., the K.G.B., or perhaps Mr. Macy? Mossad? Was it an attempt by the Freemasons to boost their power with lies? There are just too many attempts at covering up this. It keeps me up all night, and it should keep you up too.”

No one knows for sure when and how the Santa Claus conspiracy theory came about. Some say Santa came part and parcel with the rise of the middle class in the late 19th Century. Others say as Mr. Wolford claims that Santa is an elaborate hoax to soften our desire to fight. However, not everyone buys into the theories.

“Look,” said Grass Valley office worker Mary Stewart. “Santa is as real as Jesus. And there isn’t any getting around that. When will we stop this war on Christmas? As they do every year, a group calling themselves American Atheists have erected billboards encouraging people to “skip Church” at Christmas. This is your war on Christmas in a nutshell: attack the religious.”

According to Mr. Wolford, there are five tale-tell signs that Santa is just a creation of capitalist elites:

“As you can see,” continued Mr. Wolford beaming at his math skills, “it’s theoretically impossible to have such a man as Santa. And that this is all a fabrication of people who wish to keep the masses in-line. I mean, think about it. What better way to train children to obey authority than to torture them with images of a weird, flying man who can watch them all the time? Sound familiar? It should. It’s a Christian training wheel.”

Area Realtor Says Now is a Good Time To Buy Or...