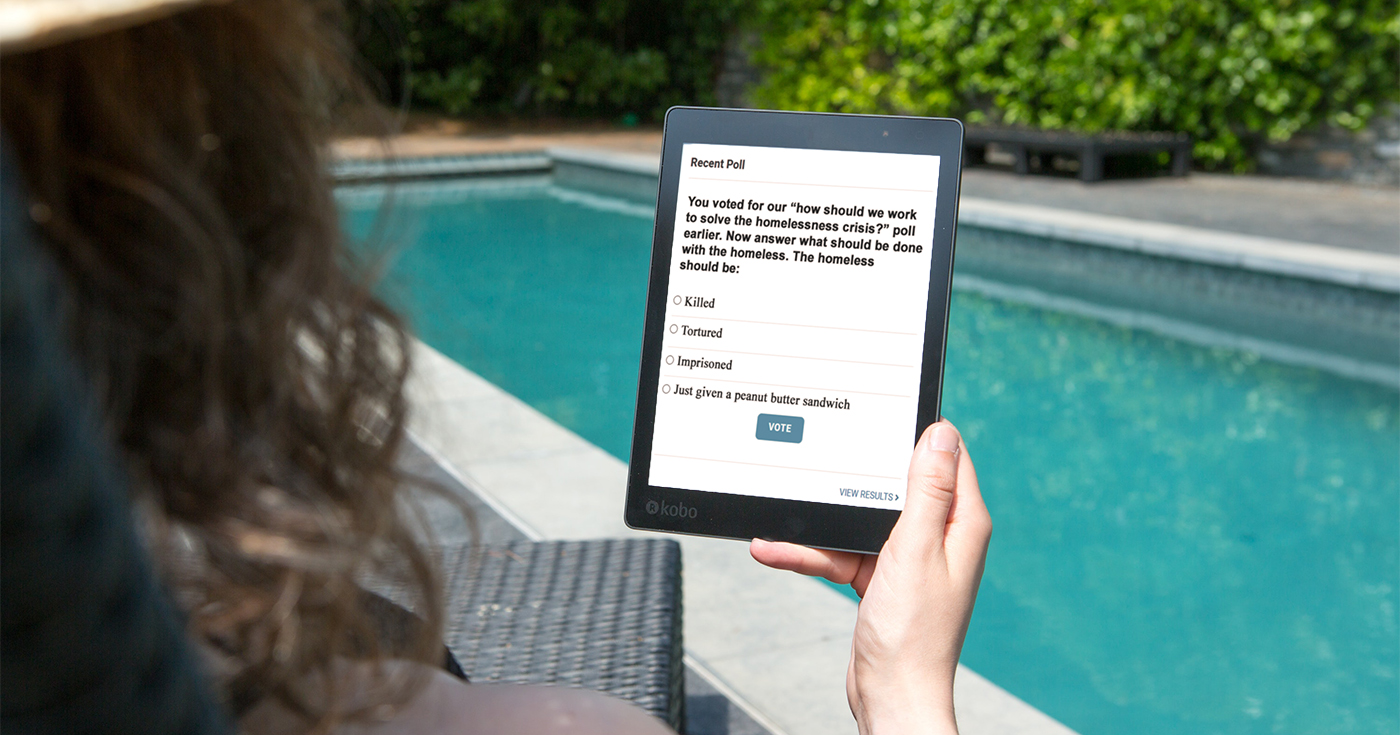 Grass Valley, CA — In what are many are calling a mistake, a severe lack of judgment or a massive lapse in humanity, the 161-year-old Union Newspaper of Grass Valley dipped its toe into the country’s current homeless crisis today with a controversial online poll. This is the second poll in two days on the topic, with the first one mysteriously disappearing overnight.

According to several Union subscribers, the original online poll was inflammatory but made some attempts to be genteel in some regards. That poll asked the insensitive question of “how should we work to solve the homelessness crisis?” with what some are calling inhuman answers such as:

…with most readers opting for option A, Put them on a bus and send them somewhere else, even though such an act is a violation of both State and Federal Law. However, in an attempt to stir controversy and potentially cause mayhem, the Union’s revised poll published this morning asked its readers if “the homeless should be“:

Fortunately, most readers chose C. Imprisoned, with only 12% and 16% choosing Killed and Tortured, respectively. 27% of readers, presumably “Libtard Democrats,” voted to give the homeless a peanut butter sandwich. It is unclear just how long the community or the Union thinks the homeless populations should be imprisoned.

Over 420 people have voted in the poll, which the Union admits is non-scientific and aimed at a 4th-grade reading level.