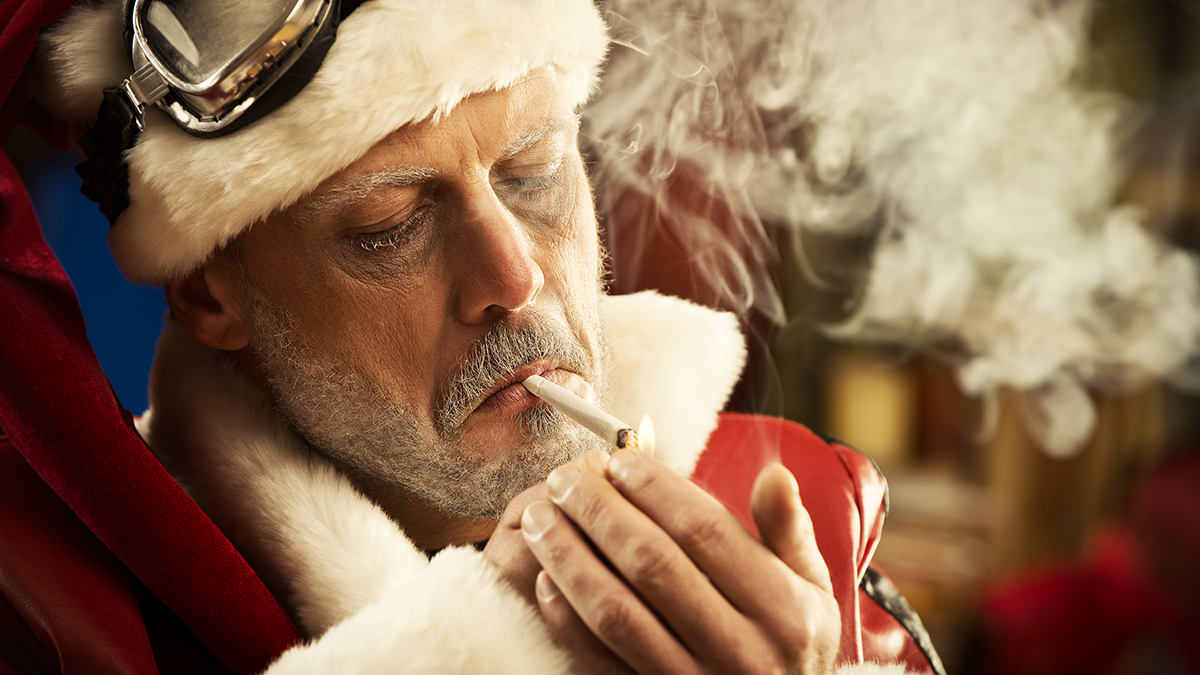 Nevada County, CA — Citizens from across Nevada County is preparing for Santa’s arrival tonight. They’re doing this by snipping their finest bud and loading their 9mm handguns with hollow points. The Weed and Gun tradition gained popularity in Nevada City in 1970 and has since spread to the rest of the county.  It is a unique Santa treat not celebrated anywhere else in the country.

“Well, I remember when Red started doing it back in 1972,” said old-timer Toby “Doob” Carnevale speaking from his reserved seat at Broad Street’s Mineshaft. “Red [North San Juan’s disabled Vietnam Vet Red Folstein] put some shake on a plate for Santa. And for good measure, he left out his loaded .357. So when the kids came out in the morning, the weed was gone, and someone had fired the gun. The kids loved that.”

Families will be leaving cannabis and guns for Santa all around Nevada County. Everyone except for the Presbyterians will be giving their famous “Jesus Saves” unsharpened pencils for Old Saint Nick.

“We don’t believe it’s appropriate to leave that kind of thing for Santa,” said Sierra Presbyterian deacon Damon Dingle. “I mean, the guns might be OK, but when you mix it with marijuana, it’s a non-starter. So we’re sticking with our pencils.”

“Yeah, we’re not like other Democrats,” continued Doob sipping from his Sierra Nevada Pale Ale. “I mean, you’ll find just as many democrats shooting up dead logs on the weekends as Republicans. Guns aren’t a big issue around here like they are everywhere else.”

Families participating in the “weed and guns” offering for Santa hope to get him high as a kite before he delivers presents to the spoiled little brats down in Roseville and beyond.

“The idea, as Red tells it,” said Doob, “is to make Santa stoned, so he starts to give the flatlander kids the wrong gifts. But, heck, over the years, some kids got nothing because Santa ate their cookies, shot a few holes in their ceilings, and just left.”

Local Law Enforcement is advising citizens to stay indoors overnight. The location where Santa travels immediately after leaving Nevada County, citizens in the Sacramento Valley should stay barricaded behind steel barriers until sunrise.