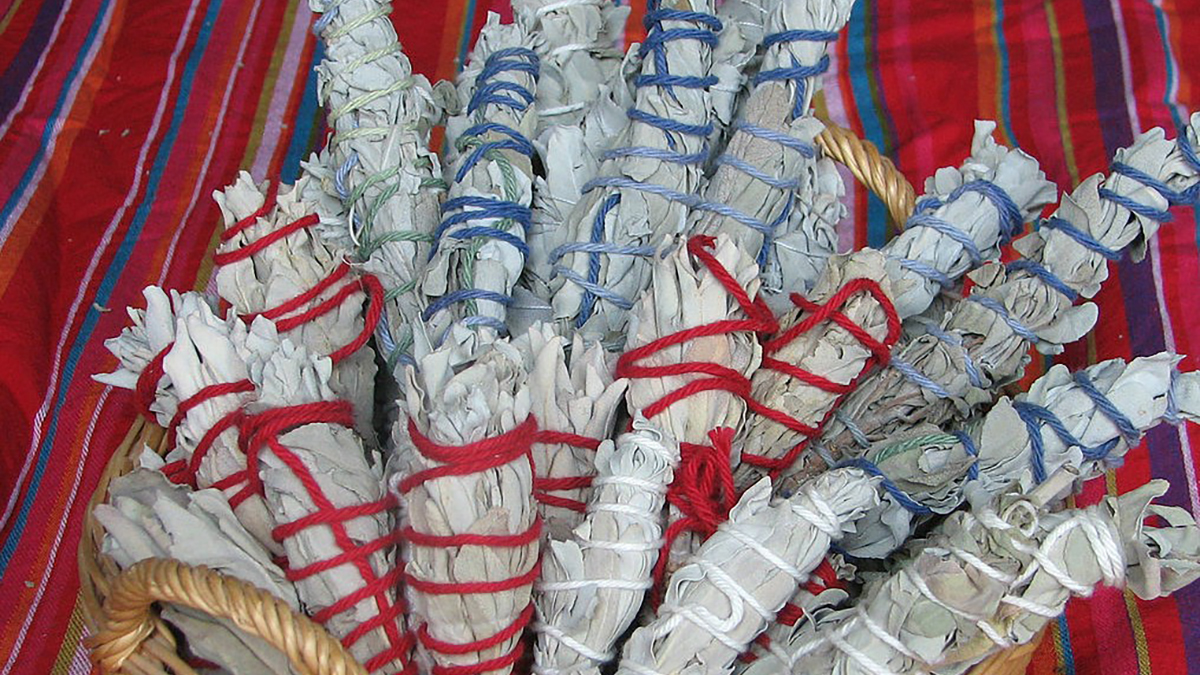 Nevada City, CA — A Nevada City woman has smudged her house in hopes of removing any “bad energy” left by the previous owners. Beverly “Indica” Anderson recently “smudged” her home on Cottage Street after she believed that the previous occupants deposited negative vibes into the home.

“I could feel it when I walked in for the first time,” commented Ms. Anderson. “It’s the anger and fear in here. I’m just trying to cleanse this place by cleansing myself. And then the place. You understand, don’t you?”

Smudging is a Native American ritual whereby a practitioner takes a “smudge stick,” which is typically a small bundle of herbs, and burns it to purify, cleanse and repel evil influence. For Native Americans, the practice also involves a ceremony of herb gathering based on the month, year, season, or other meaningful time frame. For modern Americans, the “gathering of the smudge” typically involves a quick trip to Safeway and a book of matches.

According to Ms. Anderson, she’s been smudging for years and has a side business helping other neighbors “clean out their bad juju” as she put is.

The former owners of the house, David and Daphne Jenkins say there was no bad energy in the house, having raised three girls there.

“I have no idea what she’s talking about. We were decent people who took care of that house,” said former owner David Jenkins. “I think it’s all in her head.”