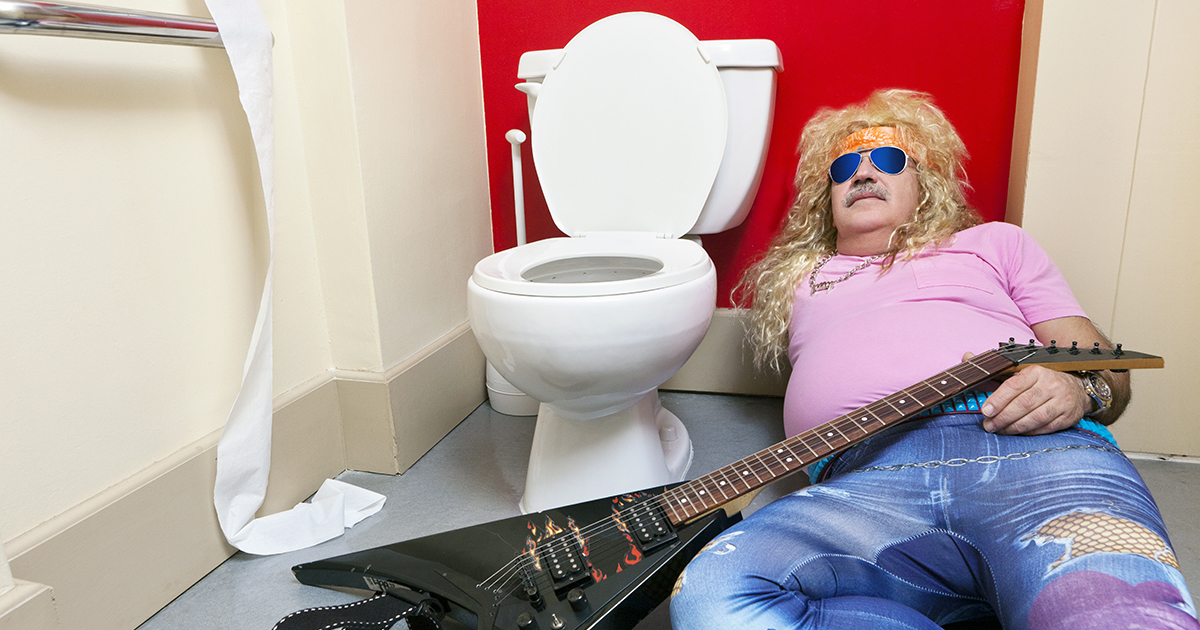 Mr. Urner, who is famous for his various “art experiments” around Nevada County. This includes him faking his own drowning death at the Pioneer Park Pool, shaving his genitals on Commercial Street,  and most recently, dressing up as a plastic trash bag during a city council meeting.

However his latest stunt has him in even more trouble. Along with a thorough banning from all social media sites, Nevada City Police department paid him a visit to his Cottage Street home.

“It started out as an exposé about Nevada County’s growing septic problems,” said a fraggled Mr. Urner running his hand through his moppy hair. “We’re poisoning our ground water for Christ’s sake. So I hired Del [local, French-born local photographer Delphine Augur] to capture me crapping in outhouses. But then it moved onto public toilets and a few local restaurants.”

Not Everyone Appreciates His ‘Art’

According to Fred’s Chinese restaurant on Broad Street, Mr. Urner was promptly kicked out after management discovered his project. However neighboring saloon The Mineshaft welcomed the antics and even posted several of his photographs behind the bar.

“I’ve known Thor for over 20 years,” said frequent Mineshaft patron and $.69 check writer Toby “Doob” Carnevale, “and he’s always up to something. He came in here last week and said, ‘hey Doob, check this out.’ I went back to the toilet and there was old Thor doing his business in front of some fancy French lady. I asked him what the hell he was doing, but he just farted and laughed.”

Although Mr. Urner was not charged with any crimes, the police asked him to curtail his project until, according to him, “everyone settles down a bit.”

“If I had a dime for every time the cops told me to cool it, I’d have enough to buy Doob a beer. Anyhow, I’m not stopping anytime soon. Next week, I have a new project with a homeless Beatles cover band.”