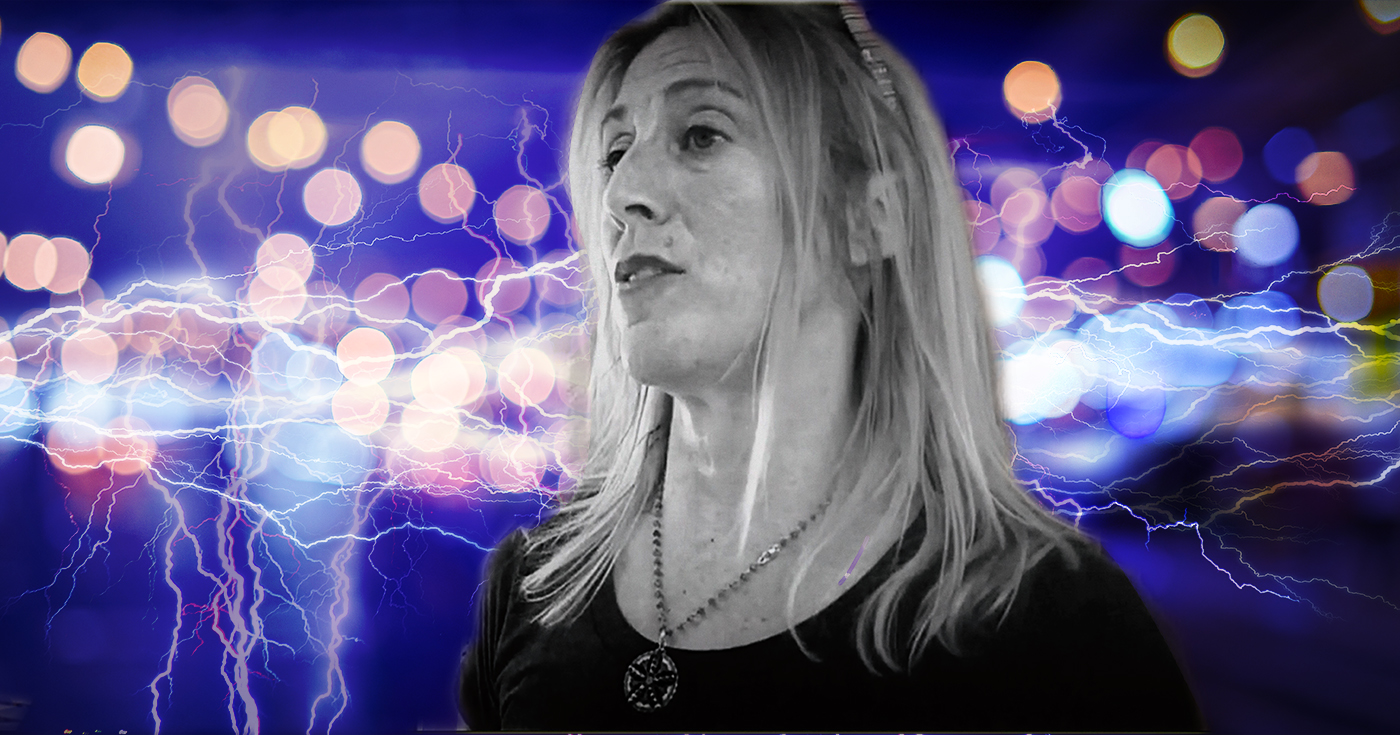 Nevada City, CA — During a contentious city council meeting this past week over whether mayor Reinette Senum should be censured or removed from office, the embattled city council member took the opportunity to speak to the chambers about a new 5G fear.

“Before I begin,” said Ms. Senum shouted unnecessarily through a bullhorn to the audience, “I want to apologize for any angst I may have caused regarding my claims of crisis actors at Sandy Hook, about the global conspiracy to control our skies with chemtrails, the health dangers of vaccinations, and of course, my–and others–contention that police forces around the country are conspiring to kill people of color. I know many of you aren’t ready for those truths, so I’m sorry that you don’t understand what’s going on.”

“But there’s a far greater danger than all those combined,” she continued visibly blowing participants’ hair back in the front row. “And that, my friends, is the serious concern that I and the city have about the impact of 5G on our city.”

About 25 of Ms. Senum’s supporters stood up and started to clap and cheer awkwardly.

“We all know, despite the denials of the rest of the city council and their shills in the mainstream media, that 5G is more dangerous than smoking. It’s just a fact. But here’s something you didn’t know.”

At that point, Ms. Senum grabbed a large stack of papers on her desk, and raised them into the air, shaking them aggressively. According to one city council member, who wished to remain off the record, the stack was nothing more than a ream of blank printer paper that Ms. Senum carries around with her.

“There are hundreds of studies that tell us how 5G affects our power grid. What? Do you think our latest PG&E outages were not planned? Well, it’s all connected, folks. Do your research. So you’re willing to sacrifice our terrazzo lighting for a few YouTube videos? Not on my watch.”

Her “talk” went on for another 15 minutes. At its conclusion, she called for a moratorium on all wireless communication, which had one vote in favor.