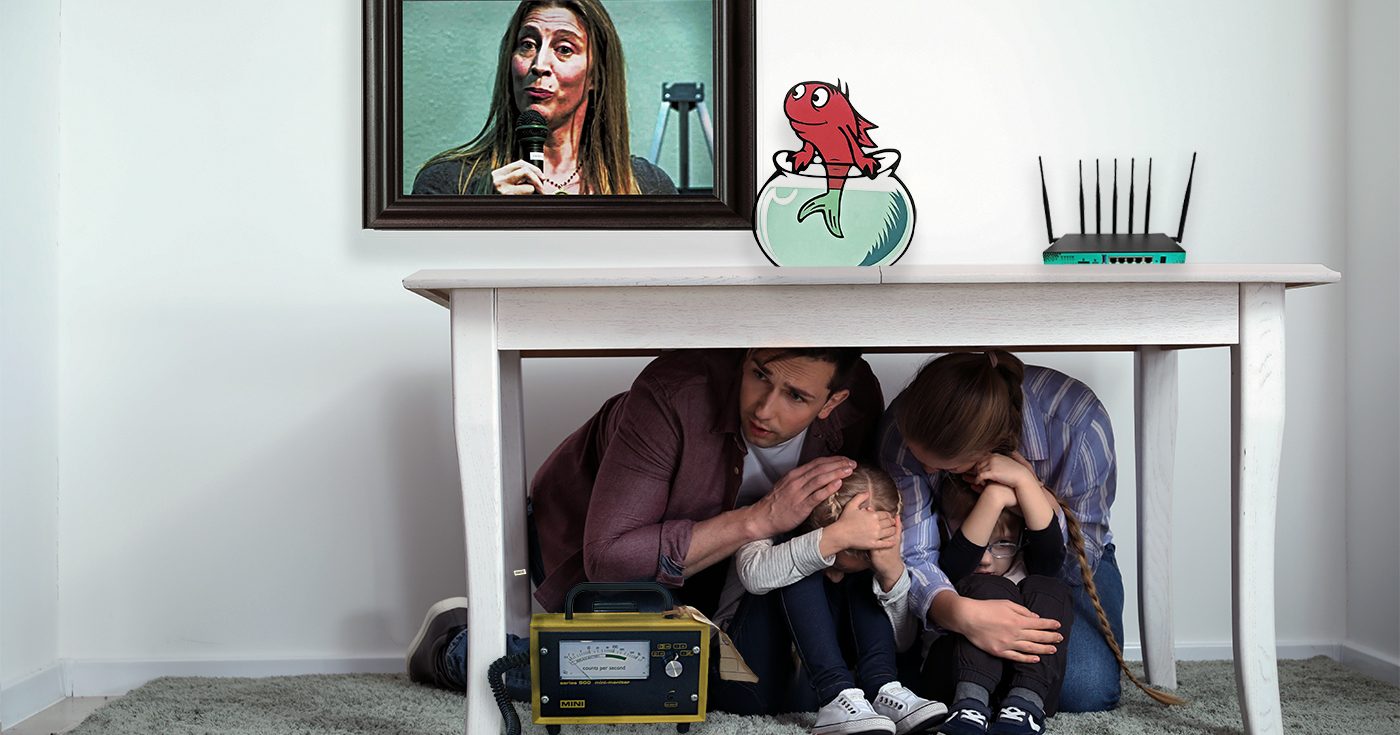 Nevada County, CA — An area scoundrel sent thousands scrambling to their homes after the Nevada County Sheriff issued a shelter-in-place order. Even though details were slim at first, the entire population of Grass Valley, most of Penn Valley, and some in Nevada City hid under tables, beds, and in some cases, fluffy blankets waiting for the all-clear announcement.

“He ain’t fooling around,” said Brian Cornys of Rhode Island Street just south of downtown Grass Valley. “The cops drove by blasting something about dangerous radio waves and not to panic if we see a ‘damn fish.’ So we treated it like ANTIFA and Commie threats of the past and hid under my coffee table.”

Deftly toggling between 3G and 5G, the fish, described as red by many, has avoided detection and identification by law enforcement. The source of the mayhem, according to law enforcement, was a known local troublemaker who threatened “aggressive wifi and cell phone access” if “the dipshits didn’t behave.”

While their phones were kept handy to keep them apprised of the minute-by-minute goings-on in the county, they were aware of the irony of blasting the same wifi they were protesting right into their eyeballs.

“Look, I’m willing to make that sacrifice, so my kids don’t have to,” said Kaelyn Cornys while kneeling under her kitchen table by a desiccated grape. “But this fish character is a lunatic. He both hates and loves the police at the same time. Just ask that weird mayor-taco-lady what she thinks of him. I heard he got both the Moderna and Pfizer booster shots.”

Not all residents took to hiding in closets and crawl spaces. Debrah Dorin says she’s never had better Internet service.

It’s unclear exactly what the red fish’s demands are, or even if the fish is real, but suffice to say, the sheriff is advising all residents to stay locked down until they can get to the bottom of it.