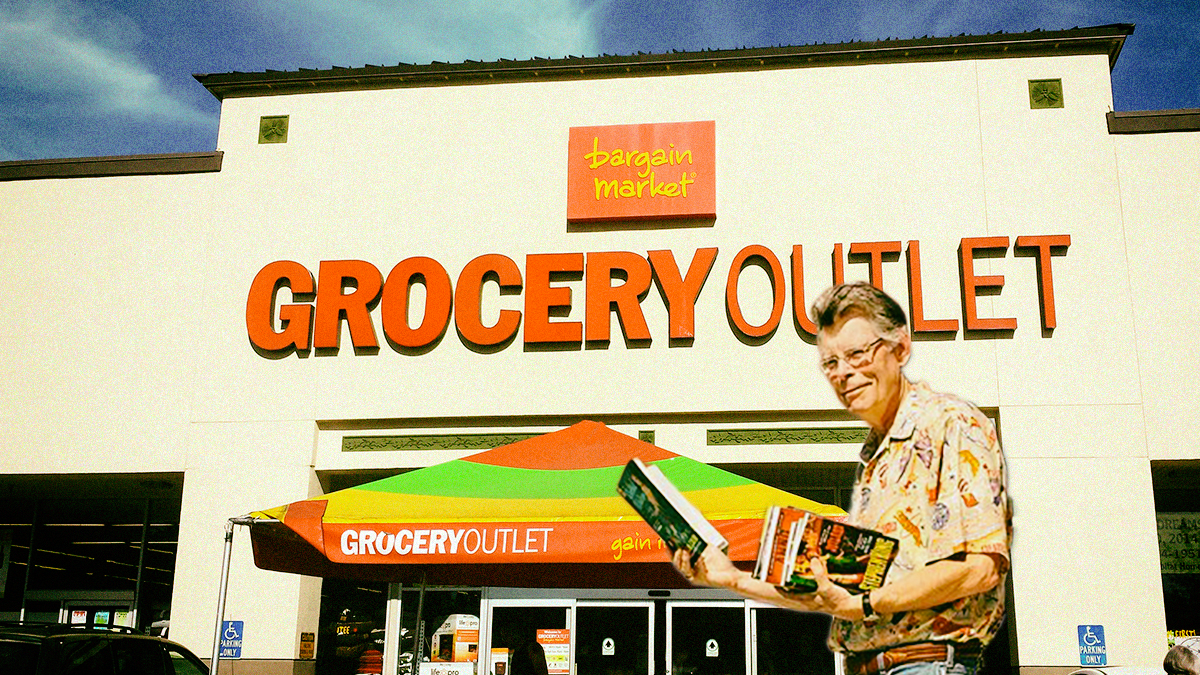 Grass Valley, CA — American author of contemporary horror, supernatural fiction, suspense, science fiction, and fantasy Stephen King was spotted this weekend shopping at the popular discount supermarket Grocery Outlet. According to other shoppers, the famous author seemed confused by the many cake mixes with a relatively small selection of canned icing.

“I didn’t want to bother him,” said Janet Williams of Cedar Ridge. “He seemed very concerned about the baked dessert section. He kept picking up boxes of Duncan Hines cake mixes and then searching for the best icing match. I can’t say I blame him. I mean, who wants bubblegum coconut icing on your chocolate cake?”

It is unclear why the famous author was confused by the dessert selection, as most Grocery Outlet shoppers are used to such mismatches. However, what is more, uncertain is why the esteemed horror author was visiting the small Sierra Foothills town in the first place. A few locals voiced their opinion about Mr. King’s intentions.

“My guess is he’s researching a new novel,” said Nevada City fledgling writer Roy Riffle who is trying to complete two novels of his own. “I know it takes a lot of research to get your character correct. So he’s probably writing an allegorical novel about the dangers of packaged cake mixes. Who knows? Maybe there’s an evil force contained within each box that wipes out humanity?”

The Beacon reached out to the reclusive author’s publicist Martin Ralphs for comment and received the following brief statement.

“Mr. King is not in Grass Valley, nor has he ever visited that community. Although he appreciates his many fans in Nevada County, he prefers to write about Maine. therefore, this sighting is mistaken.”

However, witnesses were convinced that this was Stephen King. Mr. Riffle even composed a poem to commemorate the event.

“Yeah, seeing such a great author inspired me to create this poem,” continued Mr. Riffle, who proceeded to read it aloud on Commercial Street in Nevada City.

A Grocery Outlet in California
by Roy Riffle

What thoughts I have of you tonight, Stephen King, for I walked down the side streets under the trees with a headache self-conscious looking at the full moon.

In my hungry fatigue and shopping for images, I went into the Grocery Outlet supermarket, dreaming of your enumerations!

What peaches and what penumbras! Whole families shopping at night! Aisles full of husbands! Wives in the avocados, babies in the tomatoes! And you, Melissa F. Olson, what were you doing down by the watermelons?

I saw you, Stephen King, childless, lonely old grubber, poking among the meats in the refrigerator and eyeing the cake mixes.

I heard you asking questions of each: Who killed the pork chops? What price bananas?

Are you my Angel?

I wandered in and out of the brilliant stacks of cans following you, and followed in my imagination by the store detective.

We strode down the open corridors together in our solitary fancy tasting artichokes, possessing every frozen delicacy, and never passing the cashier.

Where are we going, Stephen King? The doors close in an hour. Which way does your chin point tonight?

(I touch your book and dream of our odyssey in the supermarket and feel absurd.)

Will we walk all night through solitary streets? The trees add shade to shade, lights out in the houses, we’ll both be lonely.

Will we stroll dreaming of the lost America of love past blue automobiles in driveways, home to our silent cottage?

Ah, dear father, master, lonely old courage-teacher, what America did you have when Charon quit poleing his ferry and you got out on a smoking bank and stood watching the boat disappear on the black waters of 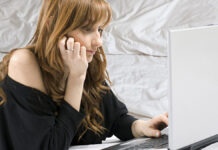 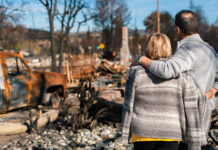