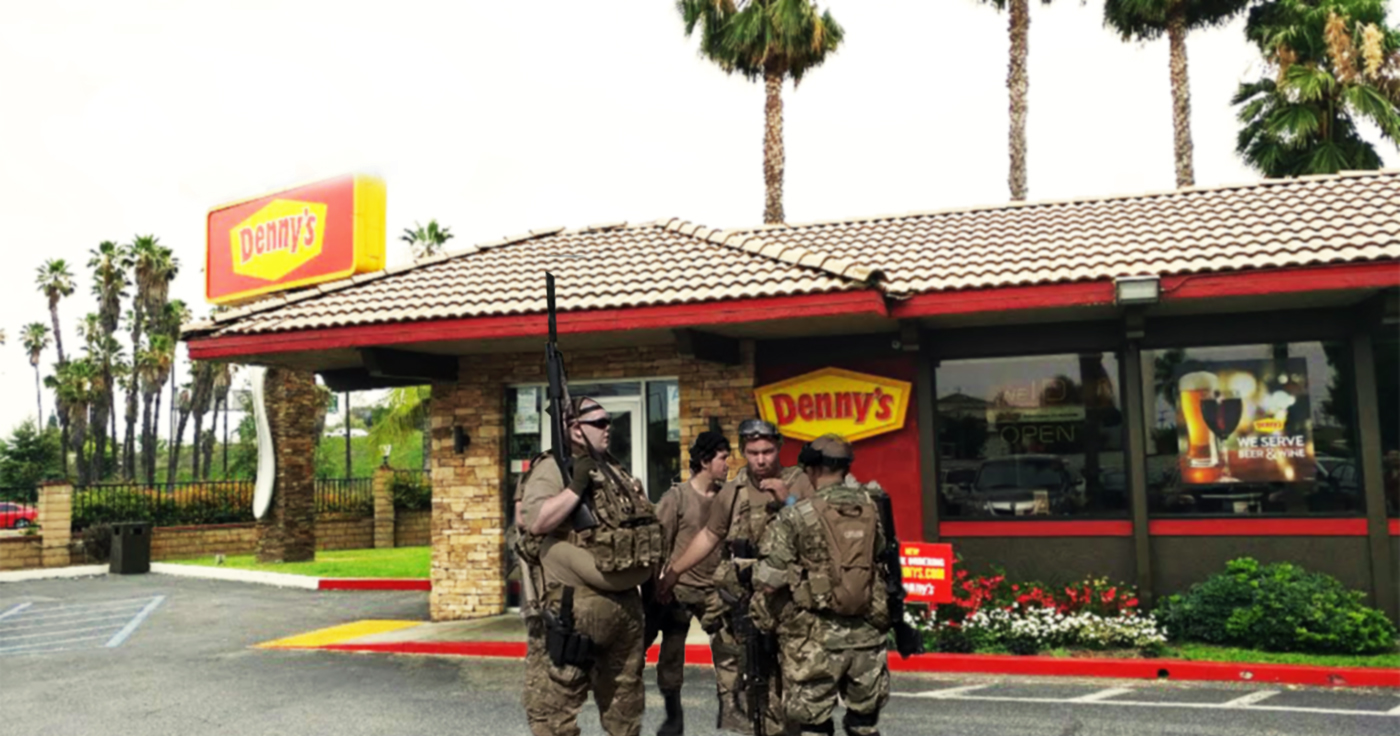 Newcastle, CA — A local militia this past weekend took matters into their own hands when they stormed the Newcastle Denny’s and attempted to re-open the diner. The Placer County Minutemen (PCM), headquartered in the remote town of Iowa Hill, CA, said they’ve been planning “for weeks” to make a statement about “government tyranny.”

At approximately 8:43 AM on Saturday, a group of 14 PCM “patriots” stormed the entrance of the Newcastle Denny’s with the aim of “opening it up for liberty,” according to Mr. Craft.  But problems began before the Minutemen even entered the restaurant.

“No one wanted to damage the property, so we just stood outside the doors for a few minutes trying to figure out what to do. One of our guys said he knew how to pick a lock, so he started doing that.”

“‘We’ll just crawl in from the vents on the roof,'” Gary recalled. “And everyone seemed to think that would work. And it kind of did. Well, not at first.”

But the troubles didn’t stop there for this ragtag group of patriots. Upon gaining entry to the kitchen, they realized that none of them had any kitchen nor serving experience.

December 6, 2021
We use cookies to ensure that we give you the best experience on our website. If you continue to use this site we will assume that you are happy with it. For additional questions, please consult our privacy policy.OkPrivacy policy