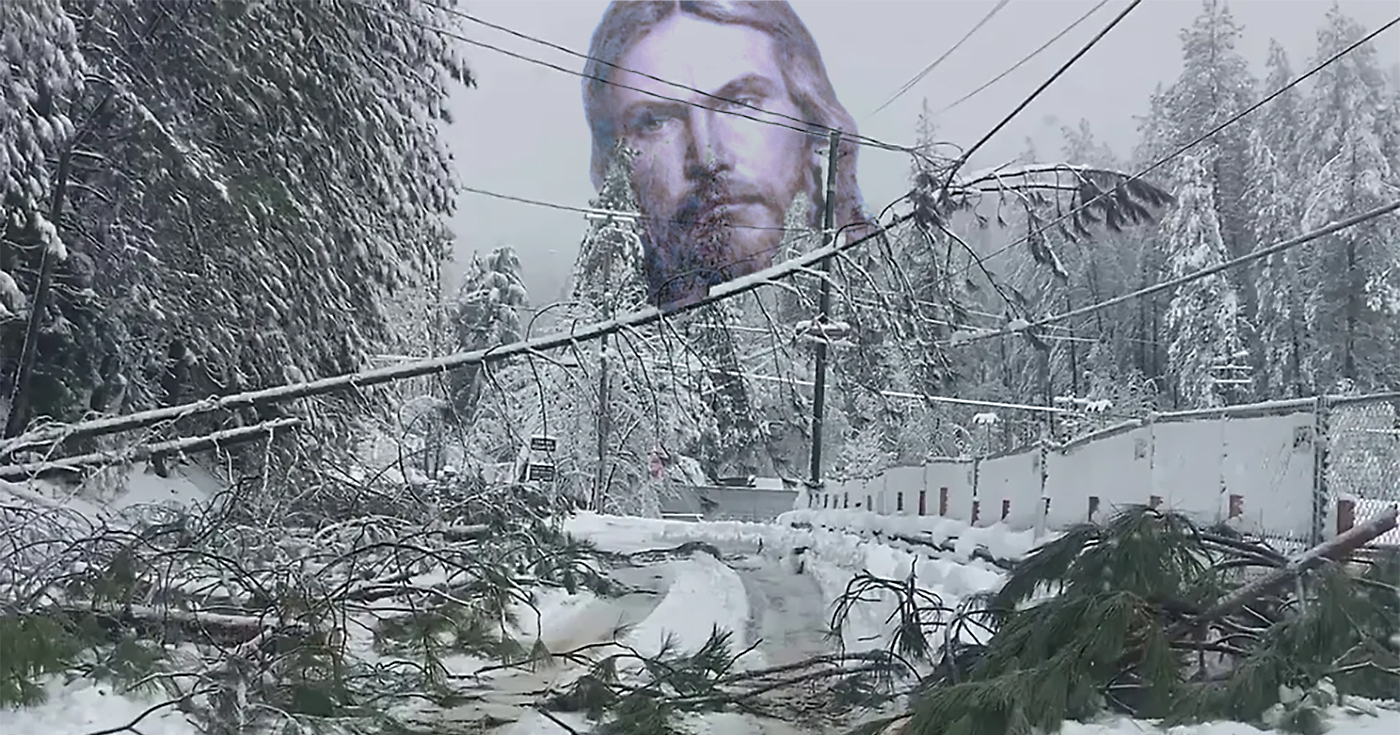 Nevada County, CA — Jesus Christ, the son of the living God, has failed to restore power to thousands of California residents following a devasting winter storm that tore through the rural foothills community. The wet snowstorm snapped both trees and power poles in half, leaving downed powerlines, older adults without heat, and long car lines at the Burger King drive-thru.

After the county and PG&E failed to plan for what everyone knew would be “that storm,” many took to churches and prayers for help.

“I don’t know what happened,” said Banner Mountain resident Dorothy Cornys. “I prayed, and I prayed. I have a personal relationship with Christ, and he’s no better than PG&E.”

When reached for comment, Jesus Christ gave a very Marvel Universe explanation for his lack of attention.

“Earth isn’t the only place having issues,” said Jesus during a Zoom interview. ” There are planets and galaxies all over the universe that have troubles much worse than this. Count your blessings. Imagine comforting people on the verge of being crushed into the singularity of a black hole. And here you are, not having a Keurig machine.”

According to a PG&E spokesperson, Jesus Christ is not a state-approved private contractor and should not be used to fix downed power lines, replace aging transformers, or re-energize service in any capacity.

“We understand our customer’s frustration, and we here at PG&E are doing everything in our power to restore service to the communities we serve,” said Bethany Millbright, director of the customer interloping at the utility giant. “But under no circumstances, miracle or otherwise, should any customer allow Jesus Christ to troubleshoot or repair service.”

As for people like Ms. Cornys, she’s not giving up.

“I understand that the people at 211 are tired of hearing me ask for propane and Jesus, but I’m going keep calling until someone does something about this power situation.”