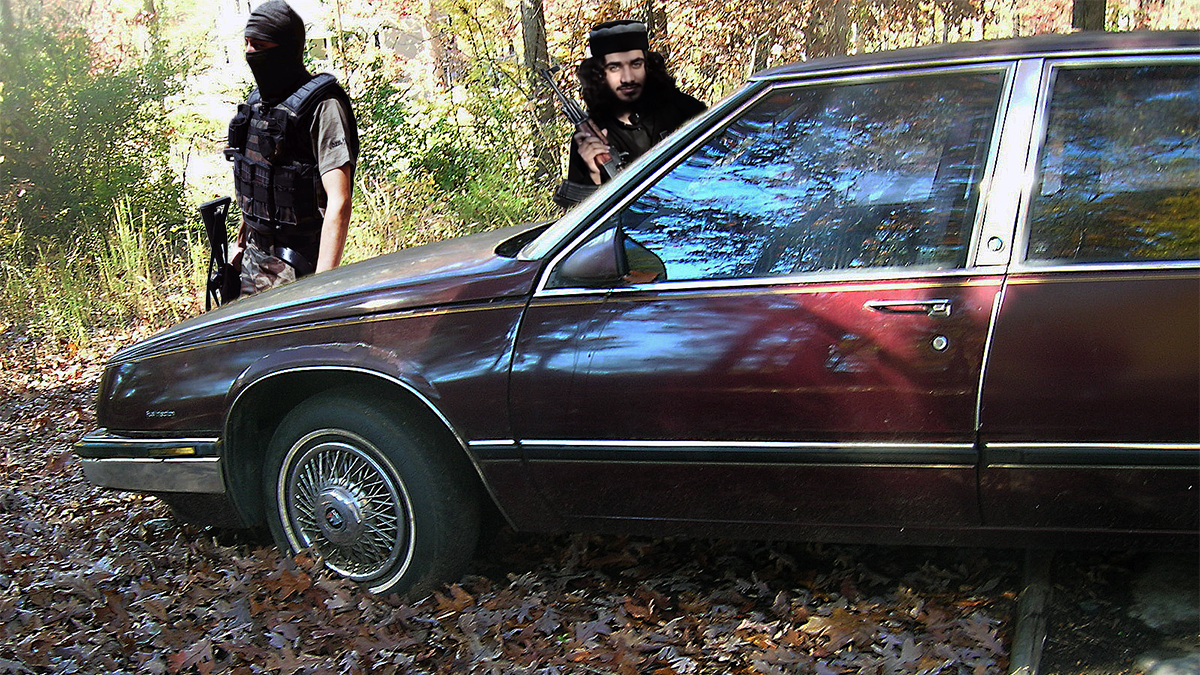 Nevada City, CA — An area conservative blogger is growing increasingly concerned about a possible plot by ISIS terrorists to attack his 1989 Buick LeSabre. Retired Colonel Jack Ripper has been spending the past two years planning for what he calls “a massive ‘moooslem’ attack on his Idaho Maryland Road home.

“They’re already here,” ranted Col Ripper on his blog reactionary blog today. “And these liberal protesters are coming to take our guns and imprison us in their FEMA Camps. I know Trump is doing everything he can to prevent it. And now that I have these Muslims living next door, I need my guns more than ever.”

The Beacon investigated Col Ripper’s claim that ISIS was living next door to his Idaho Maryland Road home and found a 3rd generation Mexican-American family of two living there. George and Egda Rivas and their two children recently moved to Nevada City from Walnut Creek, CA. Ms. Rivas landed a job with the county public works, and Mr. Rivas is a work-from-home father who is a computer consultant for large IT firm Computer Associates. They are not terrorists but rather typical, boring American slobs.

Col. Ripper has written widely on the threats of Sharia Law to the United States and the importance of preserving our white-heritage precious bodily fluids. He often implores his readers to prepare to defend the Constitution from what he calls ‘rag-heads.’ He also has over 40 blog entries that describe the imminent threat ISIS poses to the small, mostly rural Nevada County. Visitors will also find pictures of his wife Jo Ann and their 3 dachshunds Goebbels, Himmler, and Adolf.

“We have to be afraid, very afraid like President Trump tells us,” continued Col. Ripper. “I mean, look at the television and what’s going on in Europe. We don’t want their kind here. Did you know,” his tone turning serious, “that these ragheads use children as bombs? Imagine one of these Syrian kids blowing up the middle school here. Is anyone paying attention? Just look at the TV. Listen to Trump. He’s trying to keep my LaSabre safe.”

According to the Department of Homeland security and other non-crazy people, there are no current threats posed by immigrants from countries. However, some reports have slightly upset Canadians who do not like President Trump’s inflammatory language.

More importantly, there has been no specific thread on any Nevada County targets because, in the words of DHS representatives, “terrorists could care less about it. There’s a higher risk of getting struck by lightning twice while driving a Buick LeSabre than even confronting even angry Islamic shopkeeper in Nevada County.”

But despite the overwhelming data indicating there is no threat, like zero, Col. Ripper is not letting his defenses down.

“Look, young man,” said a sober Ripper, “we can’t let our defenses down. ISIS is everywhere, waiting to attack and impose their Sharia Law on us. Just the other day, I swore I saw one in Save Mart. So there’s that. We need to keep our guard up and protect this nation from these barbaric invaders.”