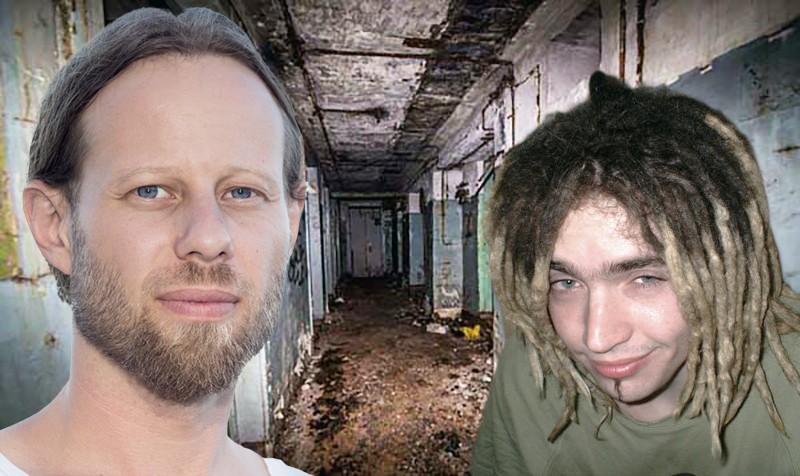 Outside of  Graniteville, CA — North San Juan resident Skyy Wolford and his buddy “Moonash” from the gold rush town of Allegheny are known by locals for their outrageous claims, even by North San Juan Ridge standards. If there’s a conspiracy theory to be explored, Mr. Wolford, in particular, wants it completely fleshed-out. However, this isn’t the story of some conspiracy. This is an account of something that many residents of the usually private and esoteric Sierra Nevada foothills community didn’t even know about.

Late in December of 2017, Mr. Wolford agreed to assist Moonash in his remote “garden” in the pine tree forests somewhere along the borders of Nevada and Sierra Counties. This wasn’t the first time Mr. Wolford had helped his friend over the last 7 years, and both thought they knew their way on the well-worn 2 mile trail just off Highway 49. However, the recent rains had encouraged extensive overgrowth of the shrubberies, and after a mile into their journey, it was clear that they were lost.

“Yeah, man. It was like a total buzzkill,” said Moonash in a Beacon telephone interview. “Skyy was like, ‘crap man. We’re lost. I thought you knew the way ‘Ash.’ And I was like ‘Dude, chill. It will be OK. I’ve done this hundreds of times.’ So we just stopped at the top of a hill and looked around. That’s when Skyy spotted the pipes out of the ground.”

This is where the adventure begins. The following is an [heavily] edited recount of Moonash’s and Mr. Wolford’s unusual discovery. 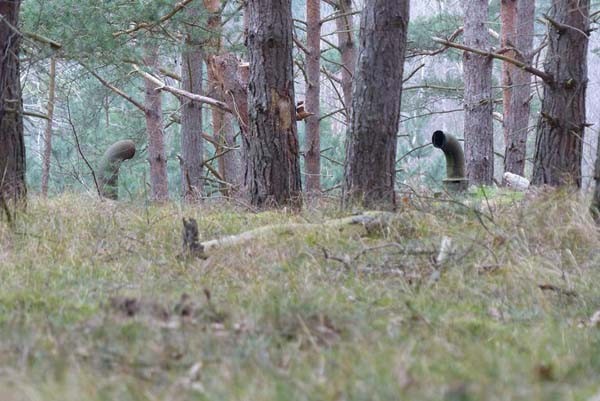 “So we were at the top of the hill,” continued Moonash. “And it was starting to rain, which made Skyy all jiggly and nervous. Anyhow, he starts looking around for a place to get out of the rain. And I’m like, ‘chill bra. It’s gonna be OK.’ That’s when he saw the pipes.”

According to Moonash, Mr. Wolford spotted the iron pipes on a small hill just across a small ravine. Of course, no one was expecting to see any signs of civilization out in the middle of nowhere.

“Things weren’t going well,” said an earnest Mr. Wolford. “And I admit I was freaking out. But when I saw those pipes, I told ‘Ash that we should go check it out. Of course, he was like ‘No, Brah. We got to get to the garden.’ So I just ignored him and started walking towards it. He followed me.”

As they approached the pipes, Mr. Wolford snapped his first picture on his iPhone. Standing about 3 feet above the ground, the rusty pipes looked like a ventilation system.

“I wasn’t sure what they were, to be honest,” continued Mr. Wolford. “They didn’t look like trees from a distance. But as we got closer, they were pipes — big ones. So I started exploring, and ‘Ash started complaining. And just as we were about to give up and head back to the car, that’s when I found the entrance. Completely by accident.”

Moonash and Mr. Wolford were making their way around the backside of the site when Skyy spotted what looked like an underground entrance.

“I was like, ‘Whoa look at that, ‘Ash,'” continued Mr. Wolford, who said that his buddy was less than impressed by the weird discovery.

“Man, I was like, ‘let’s get outta here. This is creeping me out,'” said a somewhat distressed Moonash recounting the experience. “‘So what? Some crazy end-of-the-world type built this bunker here. Let’s get out of here.’ But Skyy’s not like that, you see. He loves this kind of conspiracy stuff. And he turns on his iPhone flashlight, and walks in.”

So the two made their way down the first hallway, which appeared to have been abandoned a long time ago. The paint was peeling from the walls, and there was debris all over the floor as if someone had made a hasty departure.

“So ‘Ash was not happy about this at all, but I just kept telling him to keep cool,” said Mr. Wolford. “That first hallway seemed like it went on forever. I was expecting to see graffiti or signs of vandalism, but we only saw a few things like that. There were only a handful of people who had ever been in here.”

As they made their way down the hallway, they came upon a steel door that looked like it had been violently ripped off its hinges.

It Starts to Get Creepy

“We were so far in,” said an agitated Moonash recounting the journey. “It seemed like we had been in there for hours. And I’m like, claustrophobic and shit. So I started telling Skyy that we need to get the hell out of this place, and he was like, “chill brah, it’s OK.”

As they made their way through the detached door, which was over 4 inches thick, the passageways spread out in 4 different directions. None of this phased Mr. Wolford, who plowed forward. However, for Moonash, this is when his panic attacks began.

“I was having trouble breathing,” continued Moonash. “What was this air in here? Was this a military chemical weapons storage place? Why are the signs? No roads to get here? I knew I was gonna die here. But Skyy was like, ‘keep moving. We’re getting close.'”

As Skyy and Moonash made their way forward, not choosing any of the side paths, they came into an antechamber and spotted their first sign of life: graffiti written in, of all things, German.

Modeled After a German U-Boat?

“The whole place looked like a submarine,” said a confident Mr. Wolford. “And I’ve never been on one, but that’s what it looked like from the movies I’ve seen.  I know ‘Ash was freaking out, but honestly other than being an abandoned bunker, there was not much to it. That is until we saw the German on the walls.”

According to the men, they first saw the German scribblings as they made their way through a series of short antechambers with lots of missing pipe and electrical work.

“This was the first time I was kinda freaked out,” said Mr. Wolford. “We had come all this way, probably 1000’s of yards or so, and not seen anything. And then these spray-painted words: Hallo, hier ist dein neues Zuhause. Das Reich lebt weiter. I didn’t speak German, so I had no idea what that meant. It was only later after we got out that we realized what it said, along with the other writings on the wall. It’s a good thing ‘Ash couldn’t read German either, you know?”

After making their way through several antechambers, many filled with anti-Eisenhower and anti-Kennedy slogans in German, they reached the end of this hallway, a large, flooded power/furnace room.

Built for the Long Run

“We knew this was the end and that we had to turn back, which was just fine with ‘Ash.” Explained Mr. Wolford. “This boiler room, whatever it was, was the heart of this complex. Clearly, whoever built this thing had a lot of money and had plans of staying here a long time.”

According to Moonash, the room was filled with filthy water that smelled like a combination of gasoline and rotting plant matter.

“By this time, I was gonna hurl,” said Moonash, who seemed to have trouble finding his words. “The smell was horrible, and all I wanted to do was get out of there. And we eventually did, but not before Skyy had to wade around in the muck. It was just awful.”

“I was expecting to find something interesting,” Mr. Wolford said, sounding defeated. “But there was nothing but this murky water and more rusty pipes. I figured it was time to head out before we got hurt.”

The two made their way back out to the misty day, and back to Moonash’s aquamarine Gran Torino. According to Skyy, this further confirms in his mind that the greater Nevada and Sierra County areas are some “awareness vortex” were enlightened people come to both escape, and to survive, what he refers to as “the pending apocalypse.”

“Look, we all know it’s going down,” said Mr. Wolford raising his voice as if to speak to a large crowd. “You’ve got Fukushima and chemtrails and mind control via EMR [Electro Magnetic Radiation] and Fluoride. People have been coming here for a long time to survive and connect. It looks like whoever built this was about 50 years too early. But they had the right vibe. 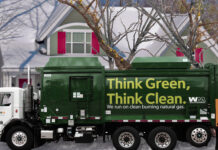 Waste Management Advises Not to Put Out Whole Trees for Pickup