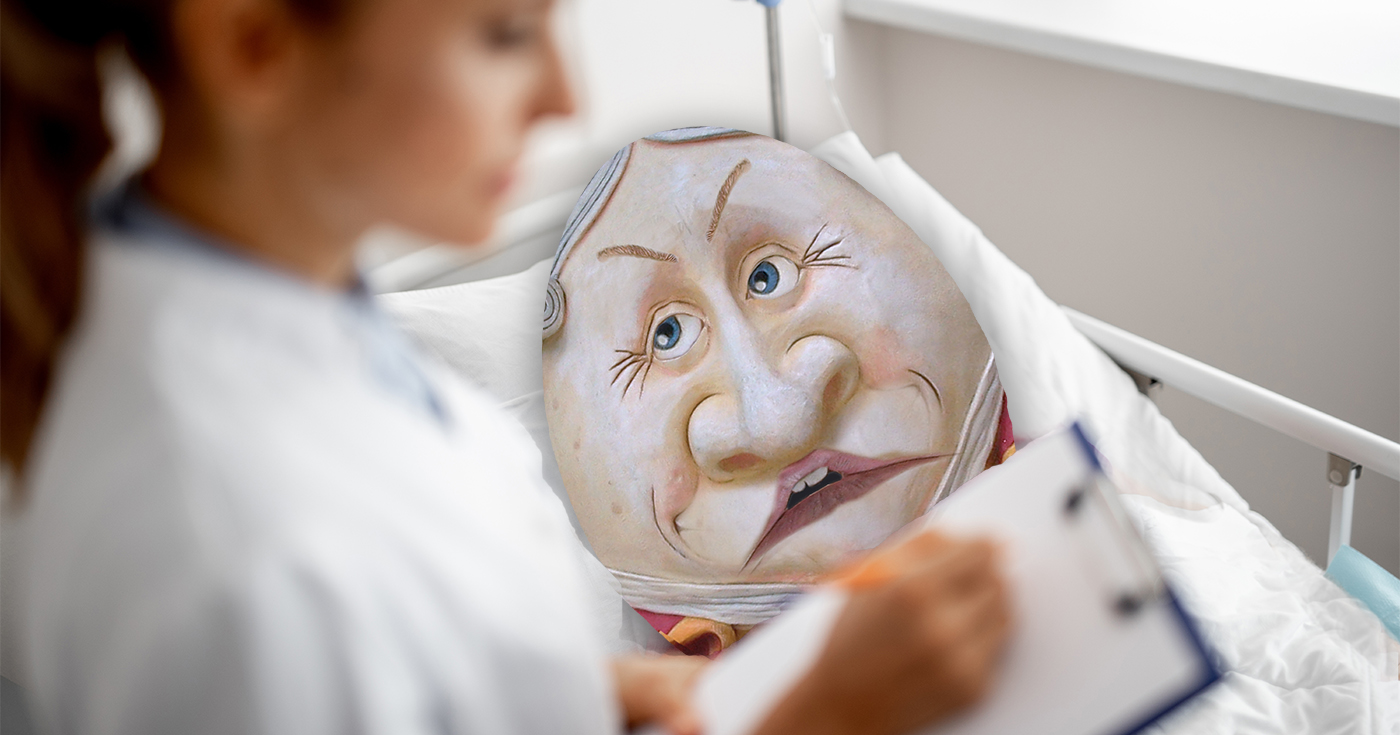 Grass Valley, CA — Humpty Dumpty, the popular nursery rhyme character, and purveyor of various local thick breakfast gravies, has found himself on the verge of intubation after not only contracting COVID-19 but also spreading the deadly virus to thousands of locals. Mr. Dumpty, who has been operating Humpty’s Breakfast Cantina in various locations around Nevada County, is an outspoken opponent of California’s coronavirus restrictions on businesses.

According to acquaintances close to Mr. Dumpty, he wanted to make sure that everyone knows it wasn’t another “great fall” that landed him in the hospital, it was the price of freedom.

“Look, the virus is no worse than the flu,” said Mr. Dumpty between gasps of mucus-filled breaths. “This covid thing is a socialist hoax. You know so because that’s all they talk about in the media.”

And this point, Mr. Dumpty began a significant coughing fit, which required intervention from his nurse, who was on her 17th hour at Sierra Nevada Memorial Hospital.

“Where was I?” questioned Humpty. “The state can’t tell me how to run my business. And people are free to come to my establishments. No one is forcing them to do any of this.”

When asked if he feels responsible for directly infecting as many as 1000 of his patrons with the coronavirus, Mr. Dumpty’s mood soured.

“Look, there’s no evidence saying I infected everyone, nor my establishment. They could have gotten that China virus from church or some homeless libtard vagrant. I mean, what happened to all the strokes and heart attacks everyone was having? It’s like they’ve disappeared. And besides, even if people did get sick, that was their choice, not mine.”

Mr. Dumpty, who is also a vocal Trump and Blues Lives Matter supporter, openly defied the state and county’s shutdown orders, going as far as to place signs outside his business that state “OPEN TO THOSE WHO AREN’T AFRAID OF FREEDOM.” According to Humpty himself, his Grass Valley location has been “packed to the gills” with the area’s left of the IQ bell curve.

County health officials worry about the spike in COVID-19 cases and call the Breakfast Cantinas “daily super-spreader locations.” They are pleading with the public to stay home to prevent ration of care for critically ill patients.