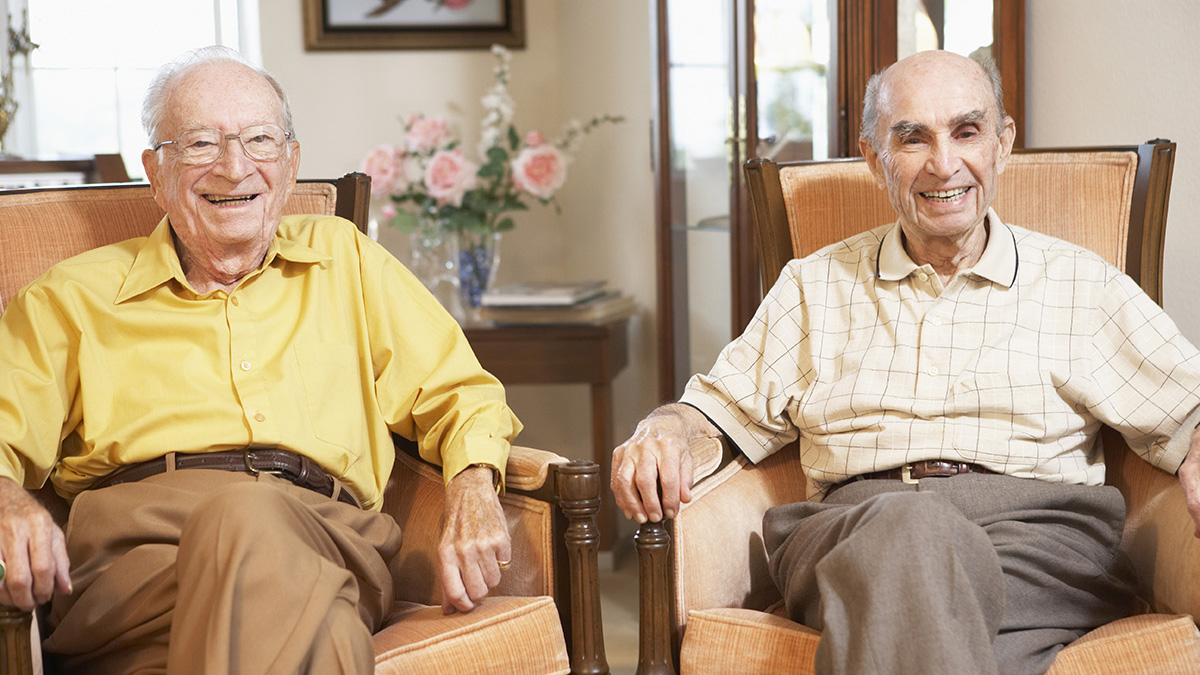 Grass Valley, CA — For the third straight night, seniors at the Eskaton Village in Grass Valley, CA debated the ethnicity of a KCRA TV News Reporter during the evening news broadcast in their community entertainment center.

“I think she’s Vietnamese,” commented 79-year-old retired lawn-care professional Stephen Donnelly pointing at the television. “Yes. She’s Vietnamese. I know it. There are a lot of Vietnamese in Sacramento.”

“She’s not Vietnamese,” proclaimed a crotchety Reynaldo M. Rodriguez, 82, shaking his head. “Just look at her. She is definitely Thai. I’ve been to Thailand on leave. And she’s definitively Thai.”

For the past three nights, both men have engaged in the same argument about KCRA reporter Sharokina Shams who has no Southeast or Eastern Asian ethnicity at all but rather has roots from the Middle East. A graduate of the California State University of Stanislaus, the accomplished and esteemed reporter is considered to a “valuable asset to every newsroom graced with her presence,” according to acquaintances. She is fluent in both the Assyrian and Farsi languages.

“You don’t know what you’re talking about Rey,” continued an agitated Mr. Donally directing his comment at Mr. Rodriquez. “I’ve been around the world too. And I know a Vietnamese woman when I see one.”

The Staff Has To Intervene Regularly

According to witnesses, this ended the argument as orderlies turned off the news broadcast. Generally, the men are great friends, but occasionally they get into arguments. Before this Sharokina Shams incident, the men had argued about whether pancakes or waffles are a more suitable breakfast dish, and why Mr. Rodriguez’s son-in-law James is such an asshole.

However, in a bout of defiance, Mr. Rodriguez had the last word.

“That’s it. I’ve had enough of this,” announced Mr. Rodriguez to an empty room. “I’m going to get in my car and drive down to that new AM/PM for an ice cream. Who wants one?”

According to family members, Mr. Rodriguez is not allowed to drive a car but he loves ice cream.