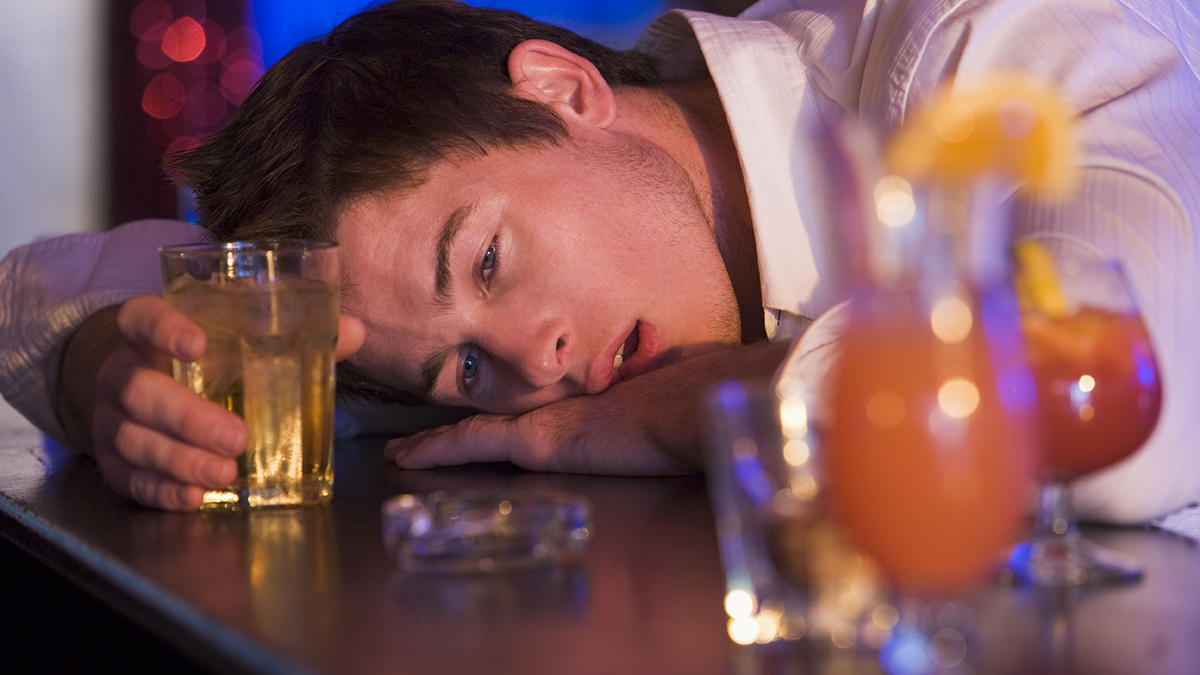 Grass Valley, CA — Jory James of Grass Valley was known around town as both a know-it-all and a smartass. That annoying combination led both to his infamy and more than one bar fight. And certainly after a few drinks, the cocky the 32-year-old would give anyone who’d listen to him plenty of unsolicited advice at any of the downtown watering holes.

However, it was his most famous toast that he’d be ironically remembered for. Around 1:30 am on Friday, Mr. James raised his glass to his fellow barflies at Mill Street’s Gary’s Place and exclaimed, “What the hell? What doesn’t kill you makes you stronger, right?”

Two minutes later, Jory James fell from his barstool and died from a brain aneurysm.

Everyone Just Stood Around

According to several at the scene, when Mr. James collapsed onto the floor, many thought it was just another one of his pranks. In fact, of the 29 people drinking at Gary’s Place that night, no one bothered to check on Jory for a full 15 minutes.

“It would have been just like ‘Jor [Jory] to do something like this,” said frequent Gary’s Place patron John Wilcox, 52. “It’s not like he’s done it before, the little smartass. I guess this time, it looked real. Real enough, I suppose. But we just kept waiting for him to get up, which of course, he didn’t.”

After 15 minutes, a close friend of Mr. James, Tamara Sara Eliot of North San Juan, finally approached his collapsed body and started to poke him with her foot.

“After a while, the joke was wearing a bit thin,” said Ms. Eliot in the middle of lighting her Virginia Slims cigarette. “So I walked over and started kicking him a bit. When he didn’t move, I told Red to come over and have a look. When Red wheeled over, he said he was dead.”

When North San Juan’s Bob “Red” Folstein approached in his wheelchair, he confirmed what Tamara suspected.

“Yep, he’s dead. That’s what I told everyone,” said Mr. Folstein, who seemed annoyed with our presence. “Look, that asshole was always pulling something. It looks like it caught up to him this time.”