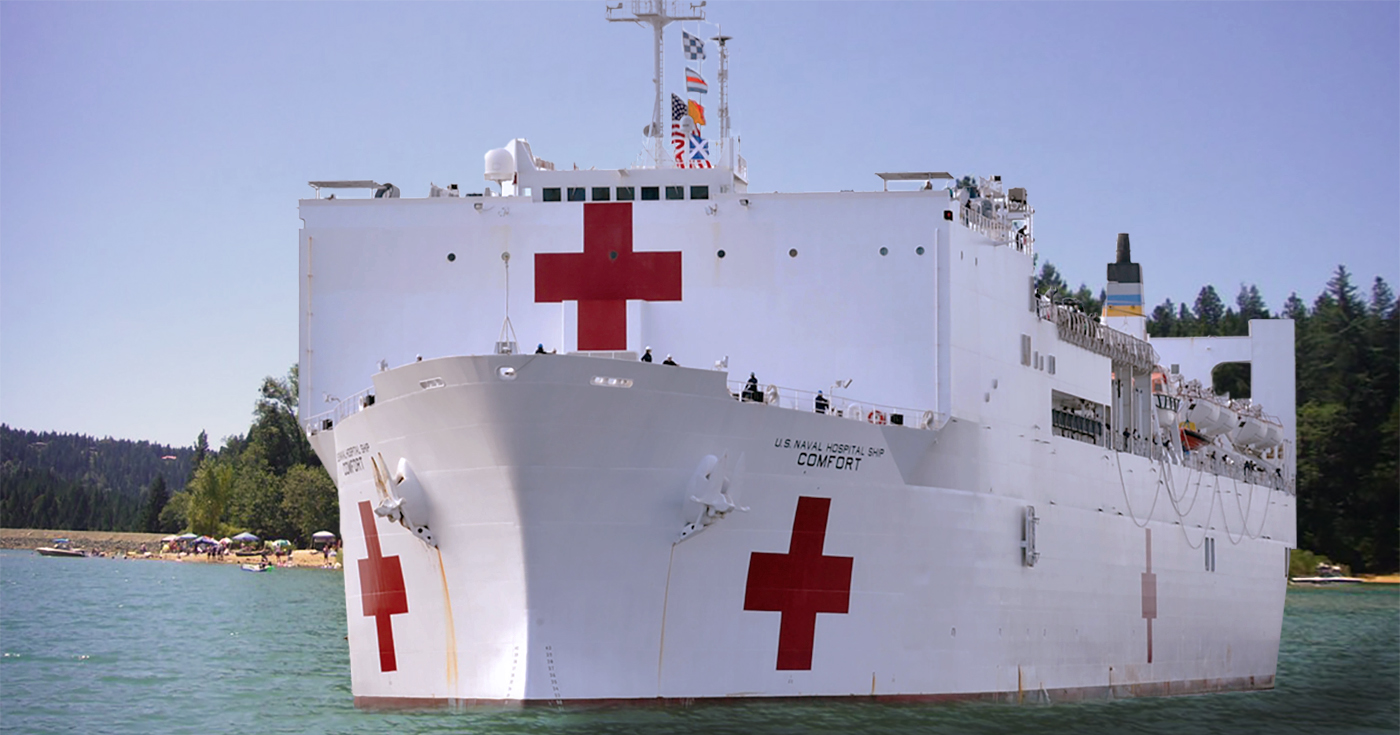 Cascade Shores, CA — Several Cascade Shores residents reported a large military vessel floating near the eastern end of Scotts Flat Lake. The US Department of Defense confirmed an hour ago that the ship was the US Naval Ship (USNS) Comfort and was docked at the Northern California lake as a precautionary measure.

“The ship was delivered at zero five hundred hours this morning on direct orders from Secretary of Defense Mark Esper to service the needs of rural northern California,” said Rear Admiral Lower Half Dale Hensen, speaking on behalf of the Navy. “The Navy Secretary wanted to make it clear that the President is doing everything he can to help the nation’s people.”

The 894-foot long and 104-foot wide USNS Comfort has a long history of helping others in need worldwide, serving in the Persian Gulf and most recently in Hurricane Katrina. However, this is the first time the vessel has been commissioned on a small rural lake.

“Well, that’s classified,” continued Admiral Hensen when asked how the 70,000-ton ship made its way into the relatively small rural lake. “Let’s just say we’ve been practicing this for years in this area, and there’s nothing we can’t do if our great men and women of our military put their minds to it.”

In nearby Grass Valley, there have been reports of “military-style” operations in the downtown area, which the US Army has downplayed.

According to Army Lt. Col. Mark Lastoria, a USASOC spokesman, the exercises called NC-17 were scheduled at several locations in Grass Valley, Nevada City, Penn Valley, Rough and Ready, and interestingly Sierra City, even though it lies outside of Nevada County.  The exercises were routine training to maintain a high level of readiness because they [the military] must be ready to support potential missions anywhere in the county at a moment’s notice.

Area conspiracy theorist and North San Juan resident isn’t convinced that the recent exercises and the arrival of the USNS Comfort are linked and dubious.

“It’s crazy, man. Open your eyes. Do some research,” said a mood-elevated Skyy Wolford waving his hands randomly in the air as if to conjure a spirit. “They’re coming to reduce the population. The leaders don’t want people like you and me around anymore. So first, it was the chemtrails. Then the 5G activated the chemtrails, and then it was the coronavirus, which was delivered via chemtrails and activated via the 5G. What do you think that ship is for? A Mexican family cruise? Wake up, man.”

According to the Navy Department, the Comfort will not be used for family cruises along the Mexican Riveria but declined to comment further. 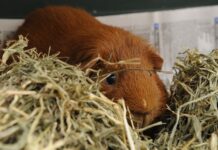 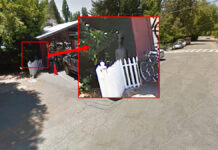