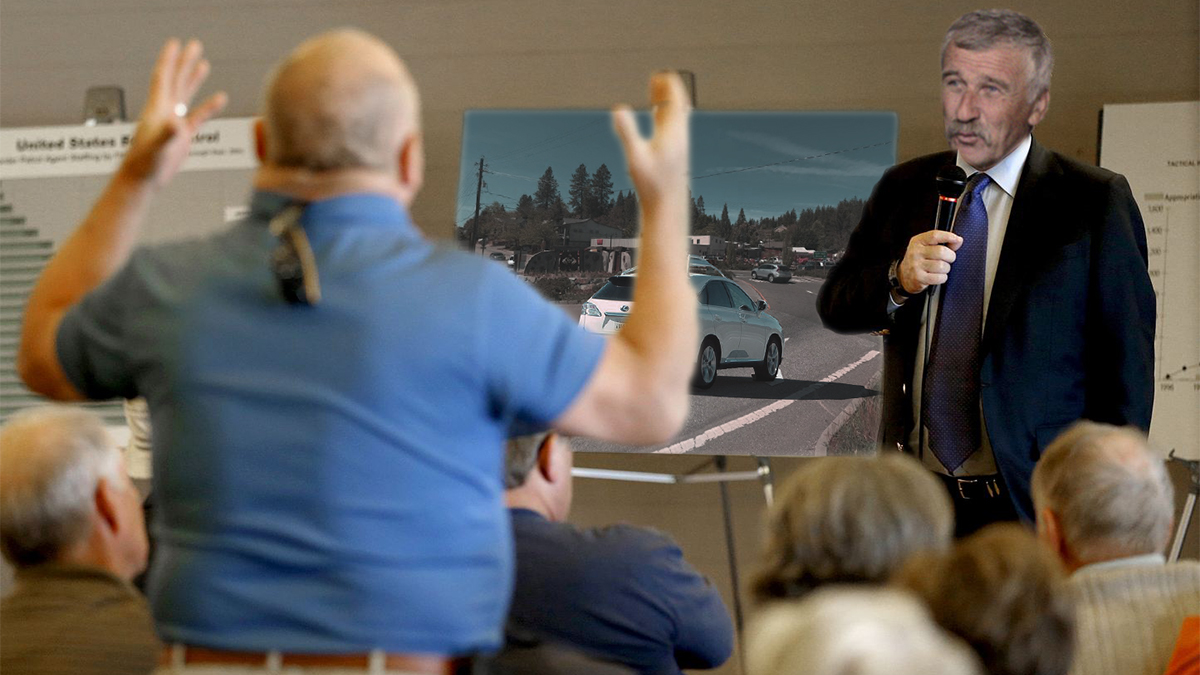 Grass Valley, CA — The Grass Valley Elks Lodge has generously offered to host a support group for those adversely affected by the two roundabouts in our community. We met with the co-founders of the group who would like to be known as Todd and Pam to protect their identity.

We spoke with Pam first.

“Those Millennials up there by Sierra College feel so entitled that they can go through the roundabout whenever they feel like it,” said an irritated Pam shaking her fists in the air. “I try to get in but just zoom, zoom, zoom they go with cars honking at me from behind. I need a Xanax by the time I get home. ”

After Pam finished and struggled to find her seat, “Todd” jumped up and began lecturing the crowd.

“I did two tours in Iraq and then I get home and have to see that mess of rusty iron in the middle of the roundabout looking like blown up tank wreckage,” said Todd and anger-spittle formed at the edges of his mouth. “Before I know it I have cars coming at me from all directions, it’s a damn battlefield out there. When I do finally make it on the freeway I somehow end up at the bus stop by the Holiday Inn instead of Kmart where I was trying to go.”

The co-founders both agreed that there is a real need in our community for this type of group. Some areas are only asked to cope with one roundabout but with two in our town that can present a significant strain on mental health and well-being. They are contemplating making it a twelve step program but the final format of the group is yet to be determined.

“We just want a safe space where this trauma can be discussed out in the open so we can move on with our lives.” said Pam.

The Elks Lodge will also be providing security checkpoints to prevent Board Of Supervisor members or other local government officials from infiltrating the group. Gish Gallop has learned of several individuals who publicly criticized a roundabout coming home to find a housing code violation notice attached to the front door.