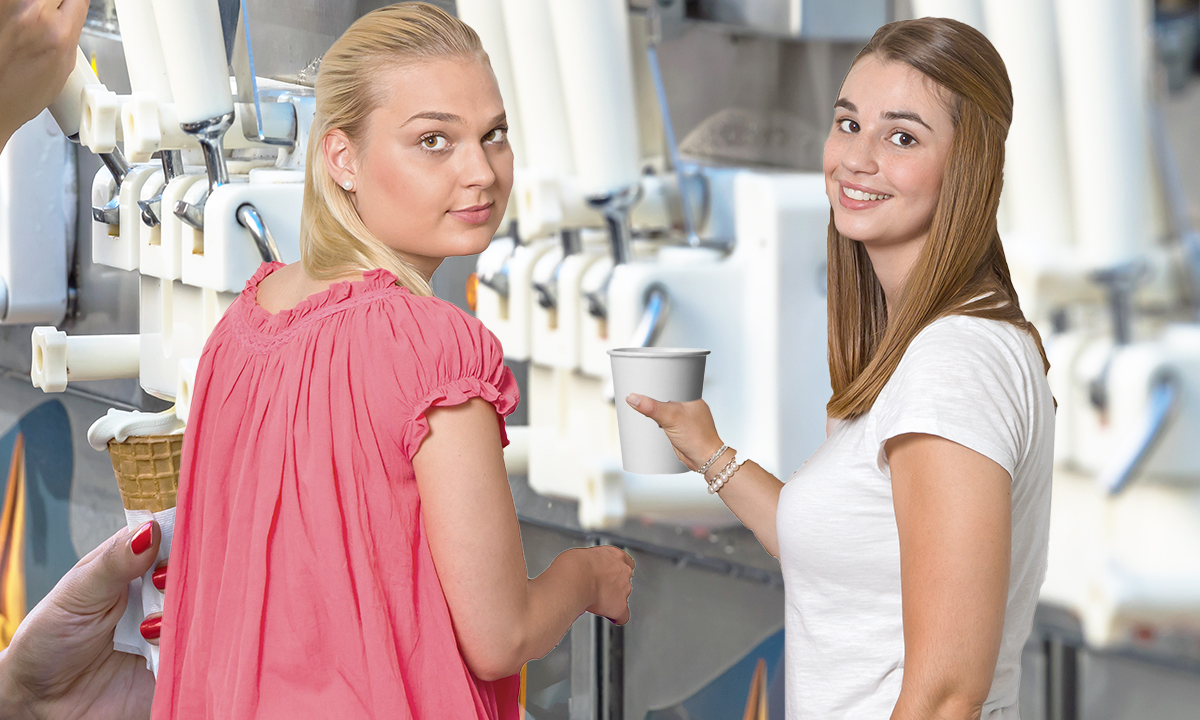 Penn Valley, CA — Hometown childhood friends Louise Albright and Jessica Downery grew up in Western Nevada County and have always discussed opening a business together. This week, the pair announced plans to open what they believe will be a successful business in the usually quiet township of Penn Valley, CA.

“Jess and I have been friends since we were kids,” said Two Girls, One Cup co-owner Louise Albright. “We’ve always shared everything. We went to Ready Springs Elementary together. We used to share our lunches. We even had a boyfriend we shared in high school. So it made complete sense to open a business together. That’s how we came up with the idea for ‘Two Girls.'”

Family members are reportedly excited to see the two back together again, collaborating.

“It was so sad when they went away to different colleges,” said Jessica’s Mother, Rochelle Downery. “Jess when to Chico State and Louise to Fresno. We’d thought they’d never get back together again, but now they’re pouring their innards into Two Girls and sharing it. We couldn’t be happier.”

According to Ms. Albright, who graduated from Fresno State with a business degree, Two Girls, One Cup will focus on maximizing the output into their custom-made and re-usable cups, focusing on sharing the delicious gooey contents with friends.

“It’s about putting our amazing, homemade frozen desserts into a cup and then sharing it with a friend,” continued Ms. Albright. “And because we’re Social Media-enabled, our customers will have the opportunity to film and share their eating experience on the Internet, as they’re doing it.”

Although Ms. Albright is the business behind Two Girls, One Cup Frozen Yogurt, Jessica is the genius who squeezes out the creamy goo daily.

“I’ve always been into this kind of stuff,” said a shy Ms. Downery. “I had a lot of time at Chico State to practice my yogurt production. I practiced a lot. On friends and a couple of boyfriends too. I’ve figured out how to get the perfect, shareable amount of yogurt into one cup.”

Two Girls, One Cup Frozen Yogurt is scheduled to open in June 2022.