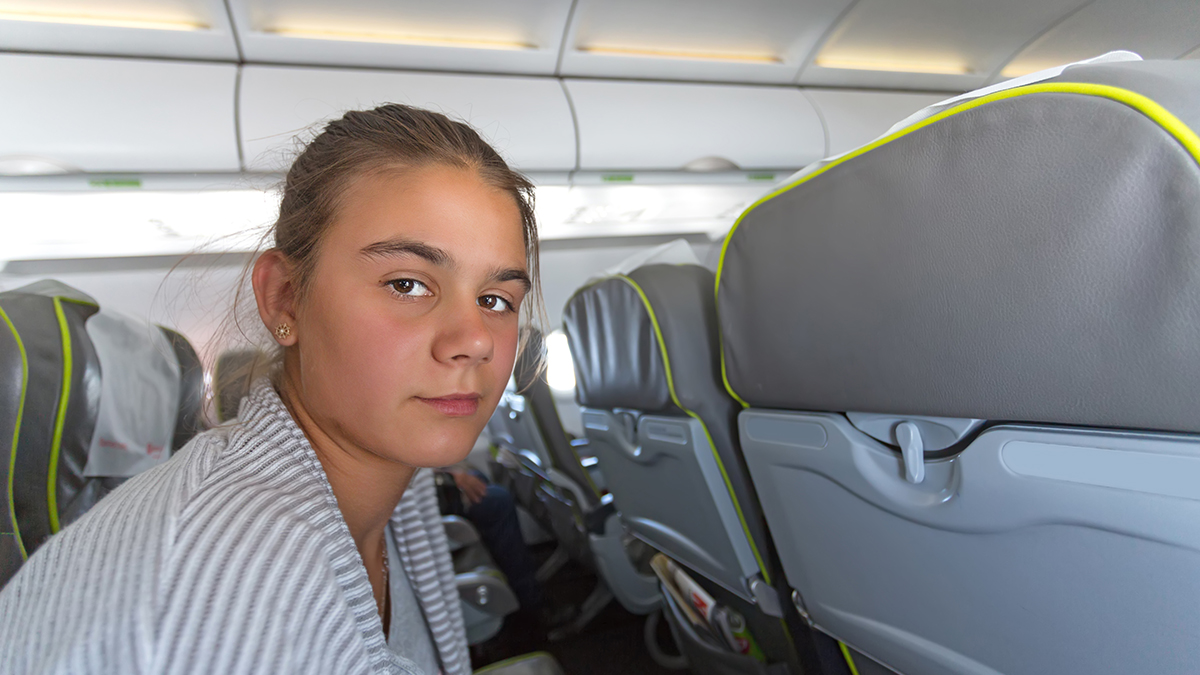 Grass Valley, CA — Students and several faculty members of the Waldorf-based Yuba River Charter School found themselves in Tulsa, OK after what some would say was a highly ironic turn of events. A group of 27 8th graders found themselves on a chartered aircraft following a mix-up at the Sacramento International airport.

The students spent over 12 days stuck in Tulsa as parents and faculty members struggled on how to fix the situation.

“I don’t know how this happened,” said a distraught Clover Mondale who had two children on the flight. “I didn’t know that such a bad pun could lead to such a terrible error. They were supposed to go to Yosemite and now they’re in Oklahoma and vaccinated.”

According to the Oklahoma Department of Health and Human Services, 20 of the 27 children were immediately vaccinated as they left the plane as precaution. the remaining 7 received a placebo, which incidentally caused arm swelling. Every student, in accordance with Oklahoma law, was also given a firearm.

A spokesperson for Steiner Airlines, the charter service that erroneously transported and then lost track of the 27 students, explained it was doing everything it could to get the kids home. Sorta.

“Some may never see their parents again,” said Steiner Airlines spokeswoman Bethany Millbright, “but of course we will do our best to make that happen. For their own good.”

As for students, they’re having the time of their lives in Tulsa.

“Dad said this was a real shit hole place. Can I say that? Anyhow, I really like it here.” said YRCS 8th grader Essence Dominics who was flinging her newly acquired Sig Sauer P938 around her index finger. “I’ve been shooting stuff all day long. I’m having such fun. I’m not sure I want to go back.”

Steiner airlines hopes to have the children back by next week. Or not.