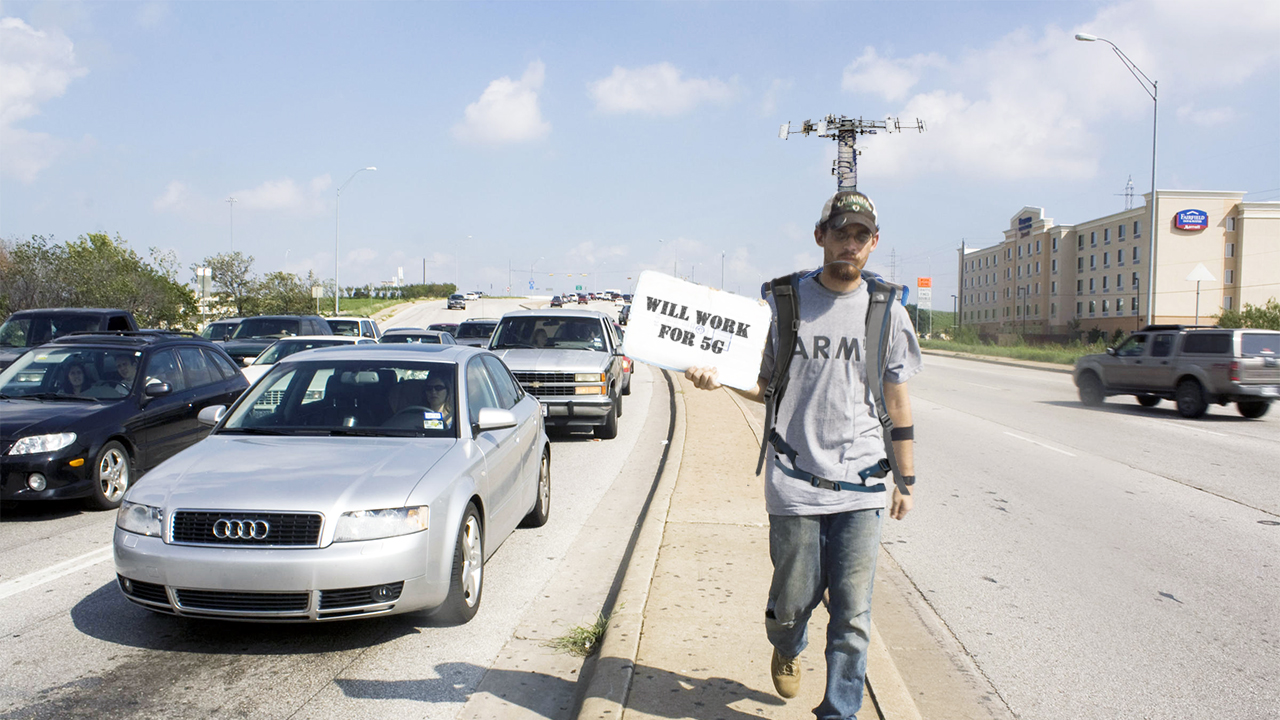 Roseville, CA — Roseville, CA community activist Misty Smith is always looking for the “next big thing” to put her town on the map. The pro-growth Republican says her latest idea will solve two problems.

“Look, no one wants to look at homeless people when you’re out shopping at Home Depot or Kohls,” said an over-energetic Ms. Smith speaking out in front of the Roseville Costco. “And everyone knows our cell phone reception here is substandard.  So why not fix both at the same time?”

Earlier this week, the former one-term city councilwoman proposed that her hometown use homeless people as 5G and WiFi towers.

“Think about it,” continued Ms. Smith, “5G doesn’t have the range of 4G or 3G. I’ve done my research, and my husband works for Verizon. Anyhow, we need need to bring communication to where our citizens are. And where they are, is in their cars going shopping. Where are the homeless? Well, they’re at intersections staring at the citizens who are going shopping. Get it?”

According to her proposed city ordinance entitled The Homeless Reduction and Communications Act of 2019, Roseville will equip each homeless person with a “personal transmission station” with a 5G and WiFi reach of almost 1000 feet.

“I’ve done the math,” said Ms. Smith, pointing to a clipboard of graphs and charts, “and given the number of homeless people, and our demand for broadband mobile Internet services, it’s a perfect match. And it’s a perfect distribution. Homeless people naturally spread out over the city to maximize their panhandling. Win. Win.”

Mindy says that she’s not trying to exploit the homeless populations but rather “allow them to contribute.”

“Oh, you better believe I’m getting all kinds of grief and hate mail from the liberals around here. But they’re not even from around here. I bet they’re all from Sacramento or some lousy place. But they don’t have any solution other than more socialism, you know? Just throwing money at people who will suck it up and not give back. My solution puts them to work.”

If approved, The Homeless Reduction and Communications Act of 2019 will partner with several 5G providers to install and maintain the 5G towers on the area homeless. The project is expected to cost the city about $27 million initially, but Roseville hopes to recoup most of the expense with service fees and federal excise taxes.