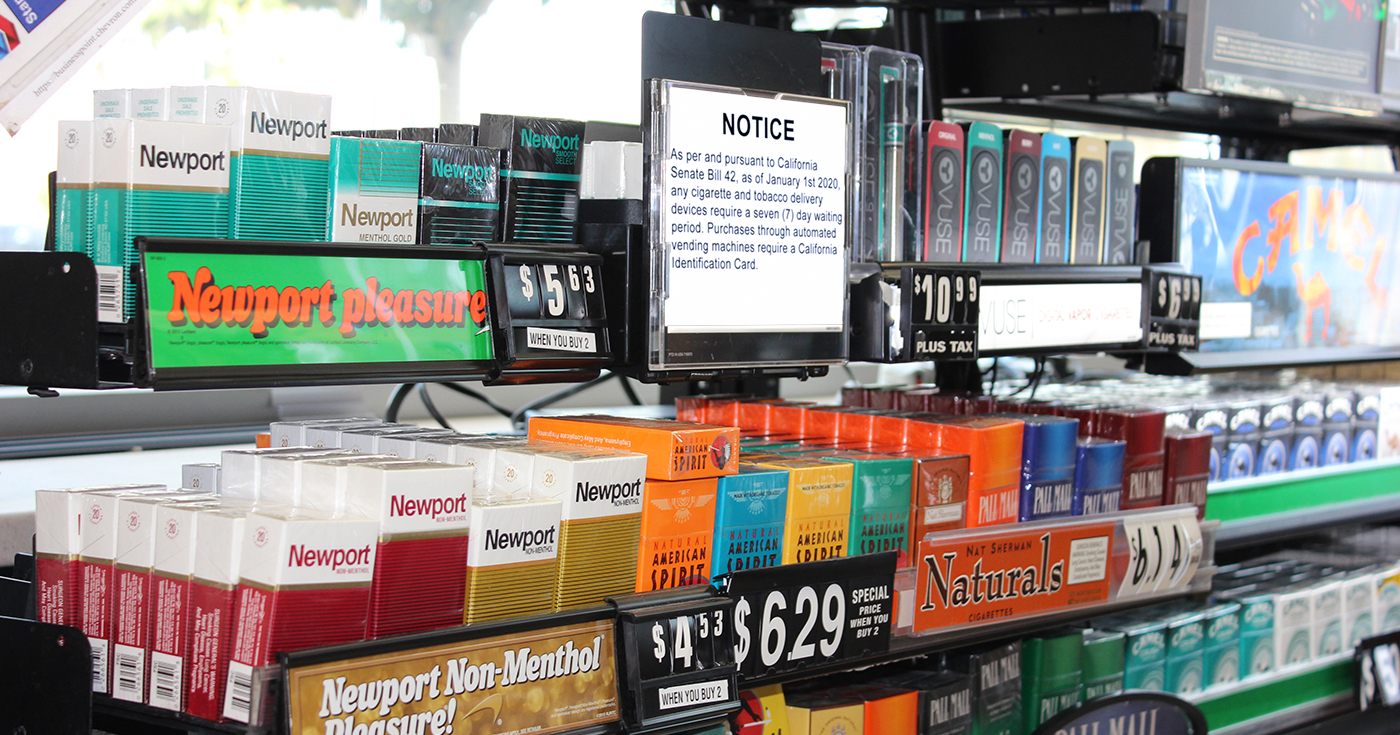 Sacramento, CA — To stem what state officials are calling a serious and expensive health crisis, California smokers will now have to wait seven days to use their cigarettes. The Democrat-sponsored SB 42 will require “any establishment which sells tobacco and nicotine delivery devices” to perform “a state background check to ensure purchasers are of the proper age.”

The new law, which is expected to be signed into law by Governor Gavin Newson, exempts undocumented immigrants and Native American casinos.

“This is yet another outrageous example of California injecting itself into the personal decisions of average citizens,” said Kent Hunt, Chairman of the California Smokers Coalition (CSC), an advocacy group loosely associated with the State of Jefferson secession movement. “Everyone knows that smoking cigarettes are a personal choice and doesn’t impact anyone else.”

One of the more controversial parts of SB 42, is a requirement for smokers to obtain something called the California Real ID card, which is a new state-wide identification system. CalID, as it’s referred to by sponsors of SB 42’s companion bill SB 420, sets up a smart-chip identification system that must be used “in all cigarette purchases, including automated vending machines.”

CalID relies on upcoming 5G technologies, which will allow the California Department of Health and Human Services to read the cards without the aid of point of service transaction devices.

Although pro-“liberty” groups like CSC see SB 42 as an encroachment of the government on what they believe should be “a personal choice,” insurance and medical organizations see this as a necessary step in reducing the “negative externalities” of a documented public health crisis.

“This is a clever, more market-based solution for dealing with externalities that are a cost suffered by a third party as a consequence of this economic transaction,” said Professor James Badwater of the University of Chicago’s Badwater Institute of Public Policy and Snack Habits. “In this case, it’s second-hand smoke and insurance premiums. Sure it’s a little disingenuous, but it’s certainly an effective way to stop smoking short of banning the habit.”

California Republicans unanimously voted against the bill and took issue with SB 42’s funding provisions. The new programs are paid by new taxes on both cigarettes, and more controversially, new and used gun purchases.