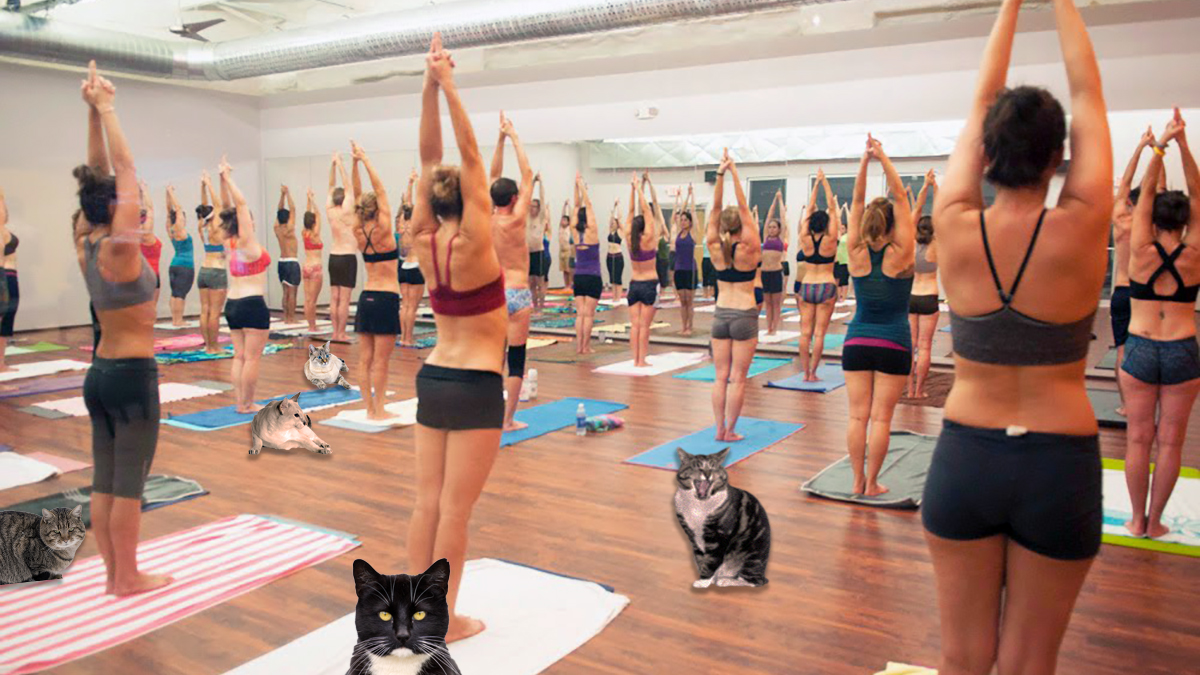 “Look,” said exotic pet collector Pete Johnson from Cedar Ridge, “there are cat people and dog people. So don’t let anyone tell you there is no difference. Just Google it, for Christ’s sake. And while I’m neither, you must be fair and consider all pet owners. Picking and choosing one over the other is just not right.”

“I wanted to do something positive for myself and the community,” said a serious Ms. Sanderson. “So many people were moping around, and I wanted to make a difference. So I followed my two blisses and put them together: cats and hot Bikram Yoga. You’d be surprised how well cats adapt to Ardhacandrāsana .”

According to several participants, many cats had trouble with yoga poses in a hot and demanding environment.

“Well, my Bella would have none of it,” said Nevada City resident Stacy Grant speaking of her tabby cat. “We couldn’t make it through the first session after she clawed the hell out of my back. After that, I thought it would help with her depression, but I was wrong.”

Trouble started last week when a local dog’s rights group, Dogs Are People Too, or DAPT got wind of the cats-only yoga sessions and demanded that their pets be included in the sessions. When Ms. Sanderson tried to reason with the members that putting dogs and cats together in a heated room was a bad idea, DAPT representatives threatened to boycott the BriarPatch. It was then that the store’s leadership canceled the cat yoga sessions.

“Well, it’s sad,” continued Ms. Sanderson. “But it all worked out for the best because they need the community room now for the store’s expansion. So maybe in the future, I can start it up again.”