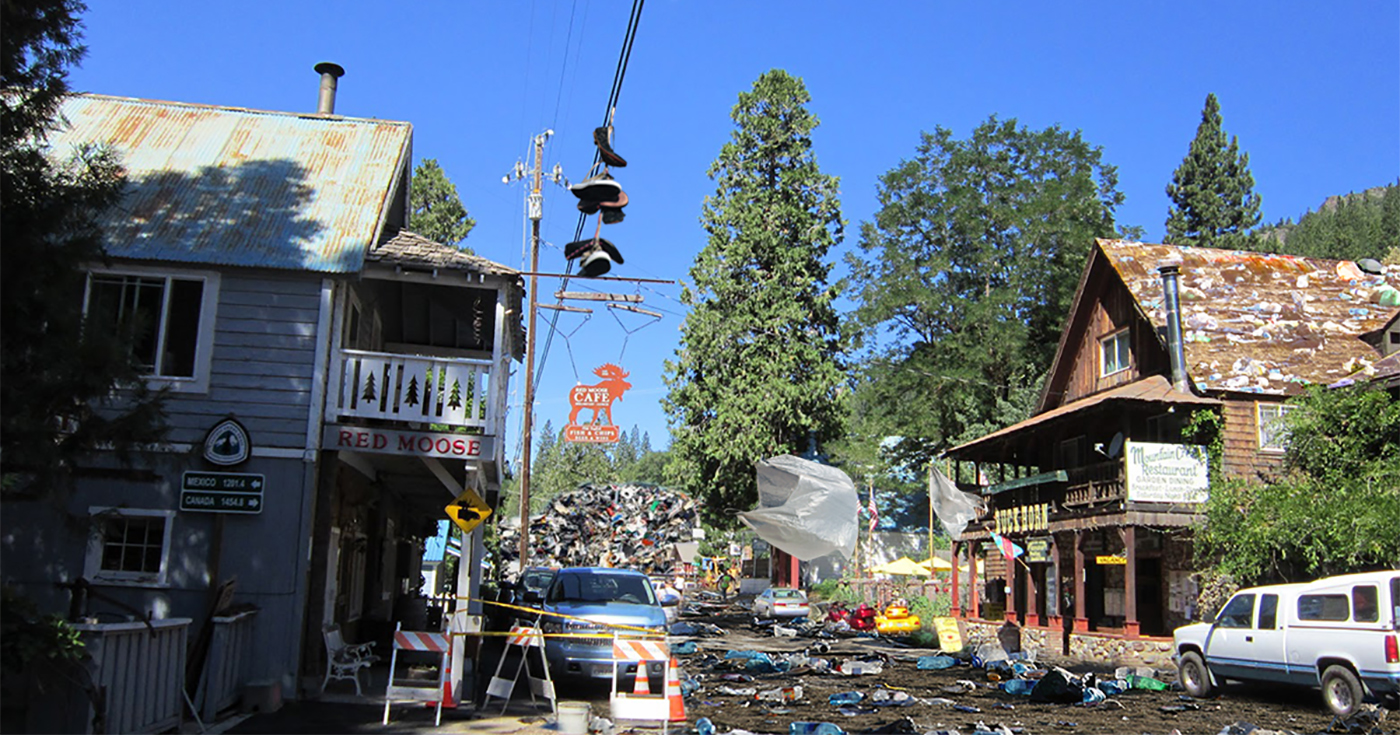 Sierra City, CA — Following what organizers are calling “the most productive global re-alignment gathering in years,” citizens of the small Sierra Nevada town of Sierra City are dealing with massive garbage aftermath left by anti-Bilderberg Group protesters. The shrouded 2020 meeting, which was held this past week in Sierra City and included political and business leaders from around the world, was met with fierce protests from anti-New World order protesters led by controversial media personality Alex Jones.

“I’ve never seen so much garbage,” said long-time Sierra City resident Meridith DeMartini via a Gish Gallop telephone interview. “I knew this was a bad idea to have that meeting here, but I had no idea how disrespectful these Alex Jones types were going to be. They left crap everywhere. It’s going to take weeks to clean it up.”

Although this year’s selection of Sierra City for the controversial meeting raised some eyebrows, organizers explained that it was the perfect choice due to the high numbers of elites who would be in California ahead of the secretive Bohemian Grove meeting in Sonoma County. Attendees included Bill and Hillary Clinton, Donald Trump, Bill Gates, the Koch Brothers, the Trump sons, and select and unidentified members of the British Royal Family. They were spotted fishing in Herrington’s famous trout pond.

According to witnesses, the protesters numbered in the hundreds but “seemed like thousands” due to Mr. Jones’ capricious use of his bullhorn, which could be heard throughout the town.

“That was the worse part,” continued Ms. DeMartini. “For two days straight, day and night, we had to listen to that blow-hard yelling through his megaphone thing. I thought it was great having all of these famous people here doing famous things and what-nots.”

City leaders are furious about the protesters’ lack of dignity and are looking into the possibility of legal action against Alex Jones.