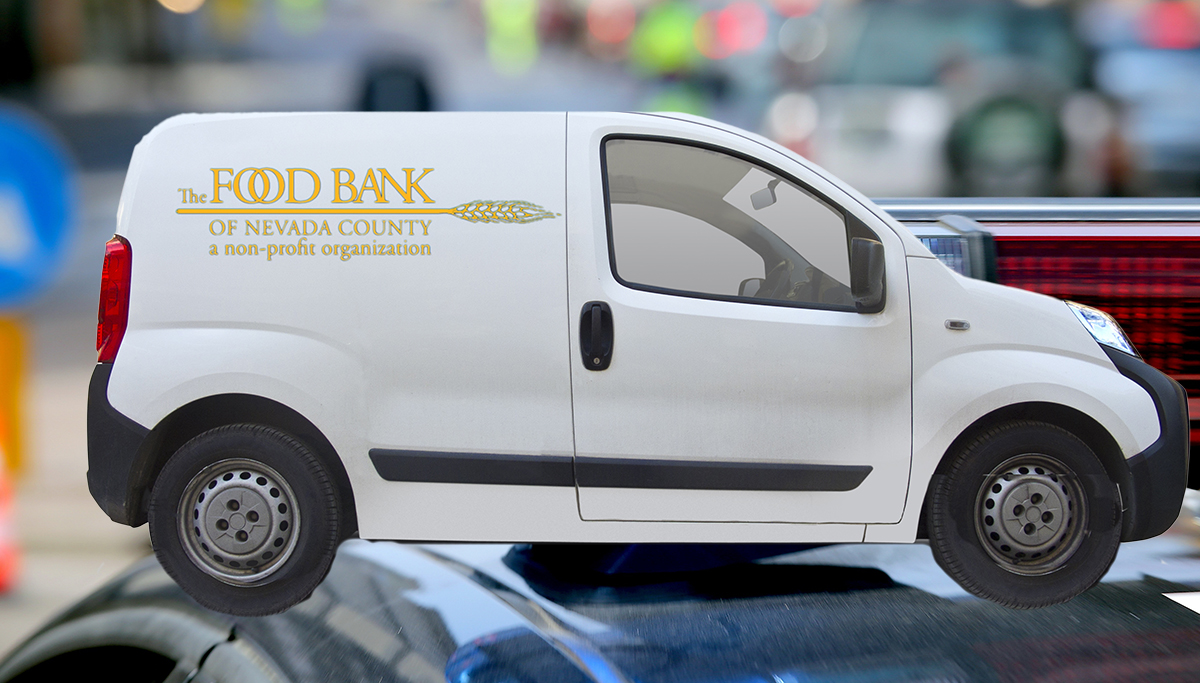 Grass Valley, CA — A group of out-of-town thugs mistakenly robbed a Nevada County Food Bank van over the weekend thinking it was an armored vehicle carrying cash and other valuable items. The heist, which took place on Neal Street in Grass Valley, CA was the first of its kind in the nation according to the Grass Valley Police Department.

“I don’t know what they’re thinking,” said a spokesman for the Grass Valley police department. “I’m not sure what they thought they were getting into when they cracked open those wooden crates of semi-wilted lettuce. Our guess is they came up here from the Valley looking for a quick score, and then they ended up a few dented and expired cans of black beans.”

The three suspects, who are now in Police custody at the Wayne Brown Correctional Facility, drove around downtown Grass Valley in a beaten-up minivan with no hub caps wearing ski masks, which immediately raised suspicions of locals.

“I was coming out of Safeway,” said Cedar Ridge resident and admitted shop-a-holic Janet Williams, “and there’s these three guys in this beat-up minivan in the parking lot. They had these masks on. Now, anyone will tell ‘ya that this is almost normal for the downtown Safeway, but they had all these “I love Roseville” bumper stickers over the back of the car. So clearly they were not from around here.”

What the Police Report Said

According to the police report, the three assailants, Jimmie Fesco of Citrus Heights, Dalmaney Bondauci of Rio Linda and Rick “Rocko” Rickerson of Natomas were tailing the food bank truck as it made its way up Neal Street for a delivery. Just past the Bank of America, they abruptly pulled in front of the van and stopped. The driver, 72-year-old Penn Valley resident Mary Shilling, was initially confused by the men’s actions.

“I thought it was some teenagers not thinking,” said Ms. Shilling in a Gish Gallop telephone interview after the attempted robbery. “But then they got out of the car and motioned for me to get out. I told them no, and locked the doors. I also told them that it was disrespectful to treat an elderly lady like this. They had such potty mouths.”

What Ms. Shilling had failed to do, however, was lock the back entrance of the delivery van. The three men entered the rear of the vehicle, and proceeded to rummage though the produce and canned goods. After about 14 minutes, leader Jimmie Fesco determined that it was not an armored car and ran back to their car, not before taking 3 heads of iceberg lettuce, 6 cans of black beans, and one set of adult diapers. Within moments, the trio were apprehended by authorities on Church Street. The stolen donations were returned to the Food Bank.

“I don’t know what they were thinking,” continued Ms. Shilling. “Why would someone want to rob a Food bank truck? Beats me, to be honest. I’m just glad these flat-lander thugs are behind bars now.”

According to a spokeswoman for the Food Bank, Ms. Shilling completed all of her deliveries for that day.