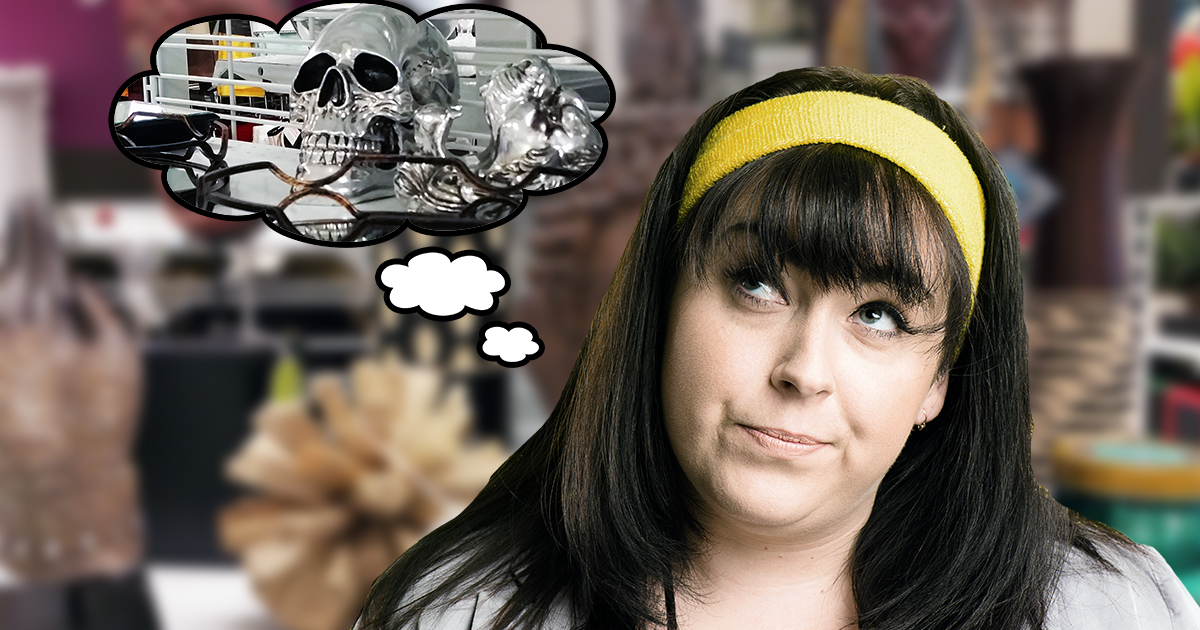 Auburn, CA — Cedar Ridge power shopper Janet Williams has regrets about her recent trip to the Auburn, CA Ross Dress for Less store over the weekend. What started as a whimsical “let’s just see what they have in stock today” trip to the popular discount clothes and home furnishing store turned into a shopping odyssey as Ms. Williams filled up her Toyota Camry with over $250.00 worth of crap.

“This happens every time I go to Ross,” said a clearly exasperated Ms. Williams in a Gish Gallop interview from her Cedar Ridge home. “I just went in to see what shoes and bags they had. Because you know they’re changing all the time. And there are some real deals. Anyhow, I didn’t find either of those, but I did hit the clearance tables on the way out, and boy, I think I over-did it.”

According to Ms. Williams, she could not resist the great deals on the discount table.

“Well, I had to have that iPhone case with the fake bling. It’s all pink and blingy,” continued Ms. Williams. “I don’t even own an iPhone. My husband makes me use this Samsung thing. Maybe I’ll give it to my friend Shel. She’s having a hell of a time.”

According to witnesses at the store, Ms. Williams loaded her cart with two pairs of cheap earbud headphones, a box of caramel candies coated with sea salt, 4 brown bath towels, a set of 4 quart-sized martini glasses, and some adapter to mount a laptop to a television.

“I don’t even own a laptop, but I thought it was ingenious for $13.26,” said Ms. Williams as the tone in her voice rose. “But that sea salt caramel thing was just plain awful. Who does that with sugar? And the martini glasses, well I’m gonna throw a party this weekend for my friends so that I can use them. You should see them drink. They get all drunk and start talking about men’s wangers. Can I say that?”

Rounding out her purchases crammed into her Camry included 2 large wicker dirty clothes bins, 3 over-sized framed prints of New York City, a chrome skull, and as many as 15 indeterminate kitchen tools, including a set of Martha Stewart spatulas and a cheese grater.

“There are just so many deals at Ross. I mean, it’s like Grocery Outlet,” said an earnest Ms. Williams. “You have to get the stuff when they have it because you won’t see it again. Too bad they didn’t have any shoes or bags, but I never leave empty-handed.”