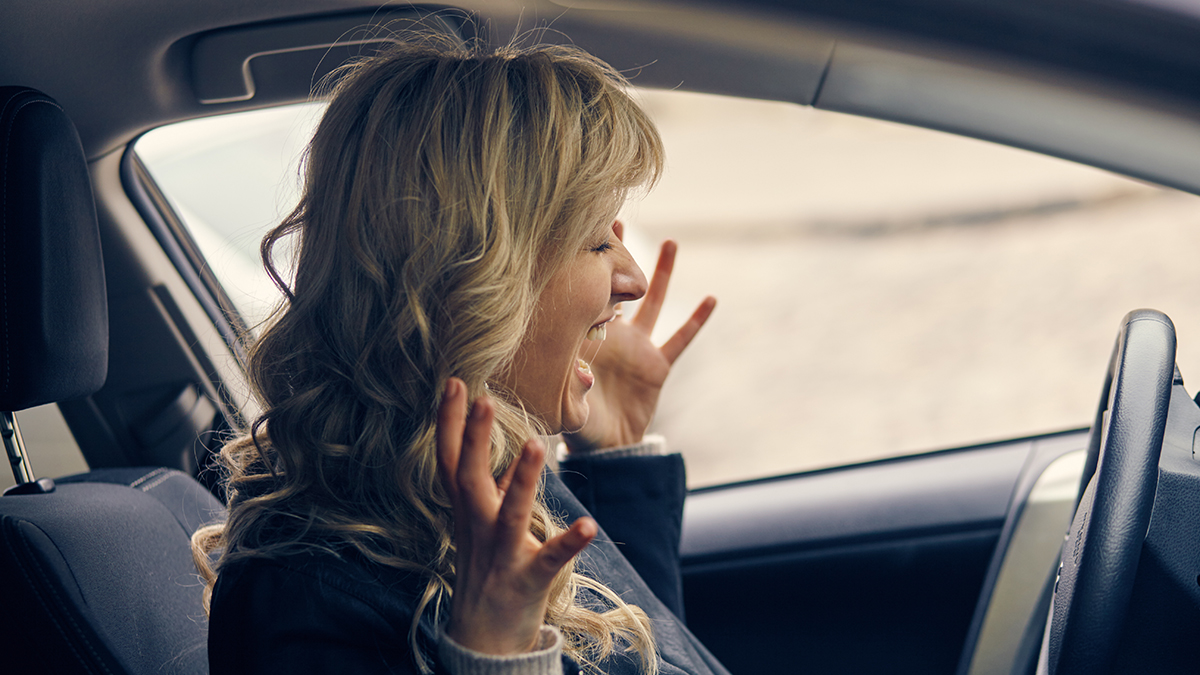 Grass Valley, CA —  Lisa Fellows has two children at Yuba River Charter School. William, aged 10, and Betsy, aged 13. She home-schooled both of them until they were 8, and then she decided that each needed a more “socially diverse environment” to grow. Ms. Fellows is a firm believer in not vaccinating her children.

However Ms. Fellows’ luck almost ran out this week when she learned that she may be forced to vaccinate her children, and she passed out on Broad Street while driving her Subaru. And according to people in downtown Nevada City, Ms. Fellows seemed to pass out at the wheel, and then gently rolled into a parked vehicle next to the Mineshaft saloon.

“I was listening to the radio when they announced the plan,” continued Ms. Fellows. “Governor Brown said he’s going to personally hold my children down and inject them with vaccines. It’s just terrible. And just the thought of it made want to die.”

“I’m not sure if she really konked out in the car,” said Nevada City native Toby “Doob” Carnevale who had just left the ‘Shaft after attempting to pay for a beer with a check. “She was screaming and carrying on as she came up the street, and crashed into this Ford,” as Mr. Carnevale pointed to a dented 1998 Aquamarine Green Ford Explorer. “I asked if she was alright, and she told me to shut the fuck up. So I just walked back into the bar.”

“It’s clear that pumping these vaccines into our children is poisoning them,” said Ms. Fellows who possesses neither medical or chemistry degrees. “The vaccines not only interfere with their natural immunity, they’re being exposed to all kinds of things like mercury. It’s simply not worth the risk. And we know what that means. Autism.”

Ms Fellows and her Subaru are expected to make a full recovery. Mr. Carnevale said his feelings were hurt a little bit.