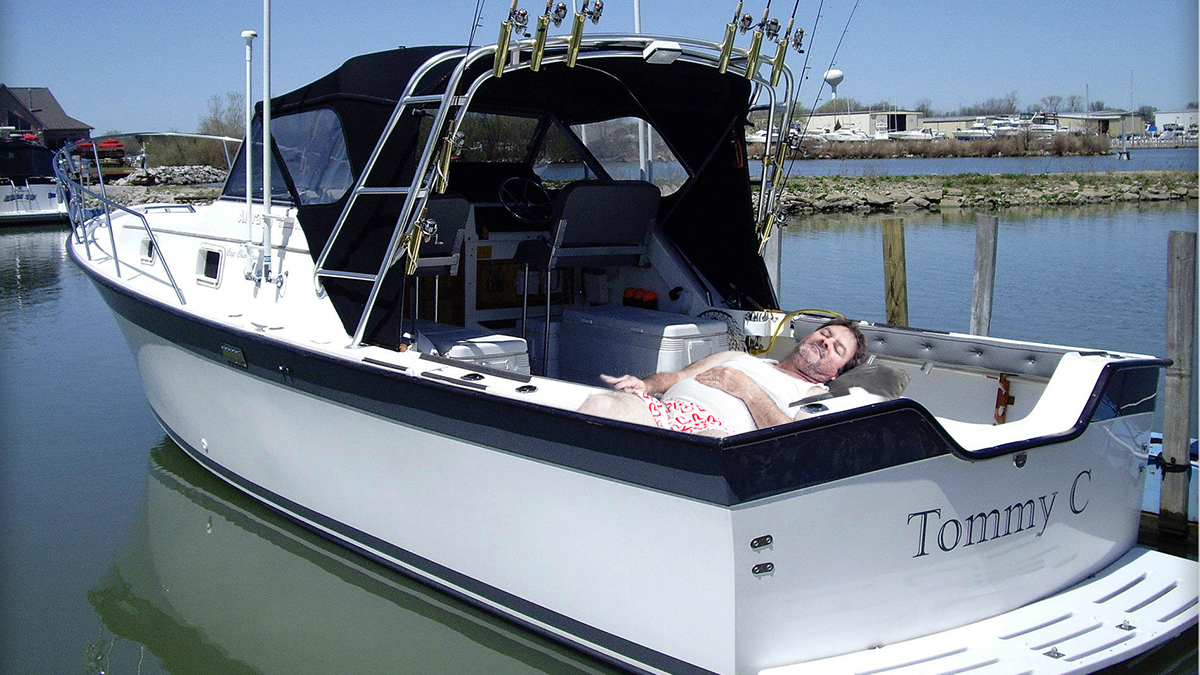 Cedar Ridge, CA — Frequent traveler, exotic animal collector, and Cedar Ridge resident Pete Johnson found himself in trouble over the weekend when he purchased a new fishing boat without telling his wife, Jennifer. Mr. Johnson is now living in his new boat in the Sacramento Delta, docked some 60 miles away from their home.

“I bought it for the both of us,” said a dumbfounded Mr. Johnson from the deck of his 2016 Boston Whaler 370, christened the Tommy C after his son. “I mean, I’m not sure what the big whoop is. I told her, ‘Look, I get it for fishing, and we can use it for water skiing during the summer.’ But she wasn’t having any of that so she kicked me out. I’m just going to stay out here a few days until she calms down, I suppose.”

According to sources close to the Johnson household, Pete had dipped into their bank savings and their 401(k) retirement account to purchase the $75,000 fishing boat and did so without his wife’s knowledge or permission. Ms. Johnson became outraged when she learned about the boat, which he parked in their driveway.

“That asshole took money out of our savings to buy this stupid boat,” said Ms. Johnson from the porch of her Cedar Ridge home. “He’s always doing impulsive things like that, and I’ve had enough. He didn’t buy this for us, he bought it for himself so he could sneak away all weekend and fish. Well, now he can spend as much time on that damn thing as he wants because he’s not coming back in this house until he gets our money back.”

The Johnsons have made news over the past year for several bad decisions Mr. Johnson has made. They include being detained by the TSA in San Francisco for attempting to smuggle a slaughtered New Zealand lamb in his luggage, and more recently, he frightened neighbors by adopting a fully grown pet mountain lion which attacked and ate seven dogs and cats in their Cedar Ridge neighborhood.

As for Mr. Johnson, he’s taking everything in stride.

“Well, I suppose things could be worse,” continued Mr. Johnson reflecting on his situation. “I mean, I’ve got this boat, and I can fish anytime I want. This might work out better than I had planned.” 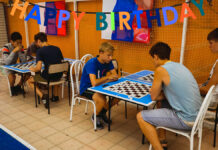 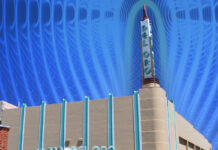