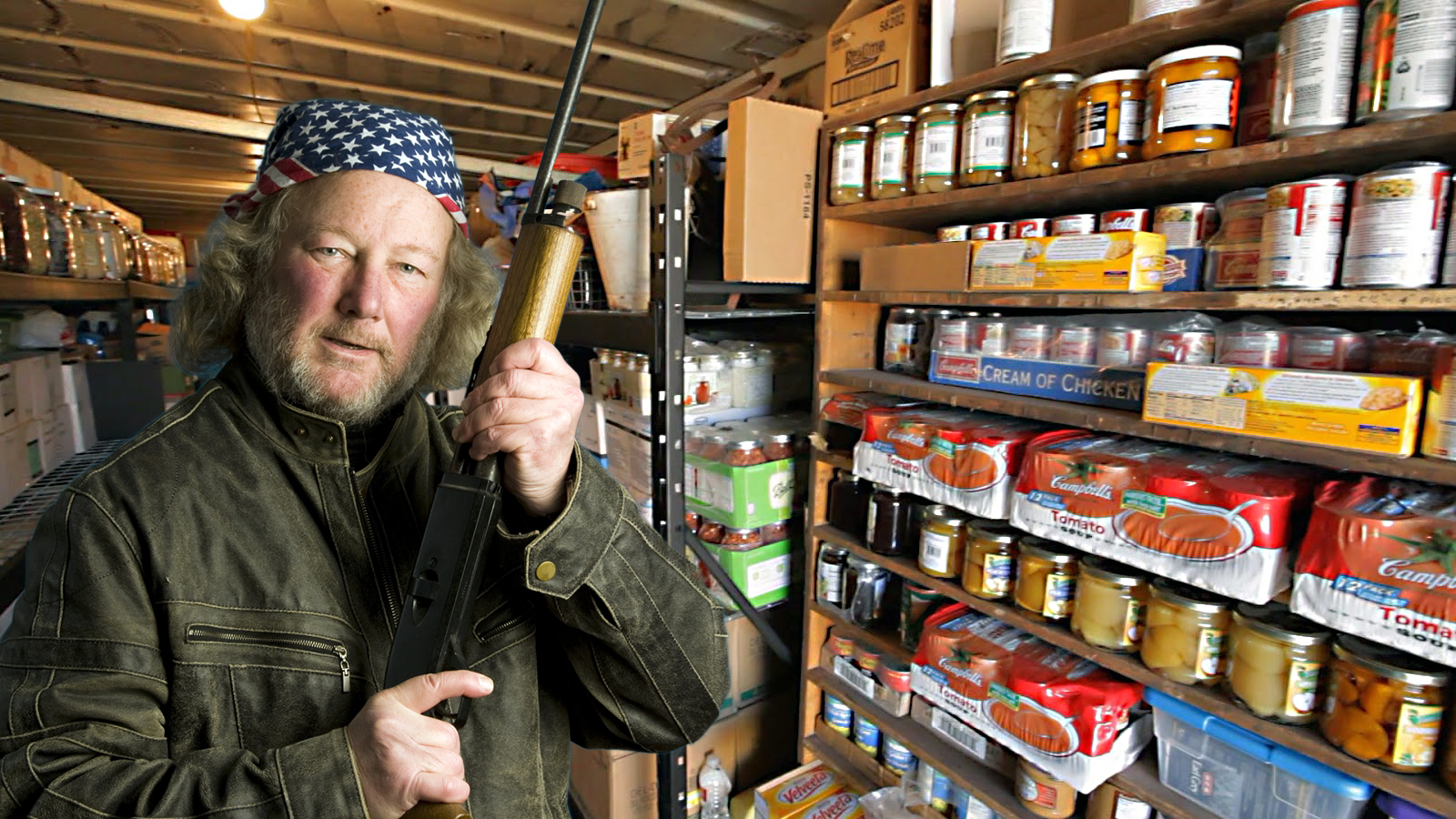 Penn Valley, California — Survivalist and cattle rancher Bryan Buxton of Penn Valley had spent over 15 years collecting and storing food and weapons in his backyard bunker when it occurred to him that he had no idea what he was preparing for.

“Well, you see here I’ve got 17 cases of ramen and 23 pounds of bouillon, which I think might be bad. And all this cream of chicken soup for casseroles,” said Mr. Buxton as he walked Gish Gallop through his underground reinforced concrete bunker. “Yeah, and over here I’ve got my surplus MREs (Meal, Ready-to-Eat) from the first Gulf War. I think those are still good. And this is hard tack,” Mr. Buxton pointed out as he shook his head. “That was given to me by a buddy. Ain’t no one ever gonna eat that, even if you’re starving to death.”

Mr. Buxton built his bunker in the summer of 1999 during the Y2K scare (Year 2000), an event that was predicted by many people to end modern civilization. When the worst didn’t occur, he switched his sights to other pending disasters that also never happened.

“I wasn’t the only one who thought that Y2K thing was going to end the world, okay?” said a somewhat indignant Mr. Buxton as she shuffled his feet on the dirty floor of his 400 square foot bunker. “There were lots people up here in the foothills who were prepared. Good folk. But after that didn’t happen, I started to prepare for other disasters. I can’t remember what those where, but I know at the time they were serious.”

Mr. Buxton said he does remember some of the “big events” that didn’t happen, including the eight times that the Last Judgment failed to pass, or more famously the 2012 non-event that was predicted by the ancient Mayan Calendar. But for now, he’s says it’s better safe than sorry.

“Look, when they elected Obama to office, we knew we were in trouble,” continued Mr. Buxton whose tone turned terse. “He took our guns and our liberty and he crashed the economy. No one is  working and everyone’s retirement funds are in the crapper. So like-minded people like me realized that we have to be self-sufficient. We’re prepared for the end, and we’re not taking any chances. But I’m still not eating that damn hard tack. Now that Trump is here, we’ll see.”