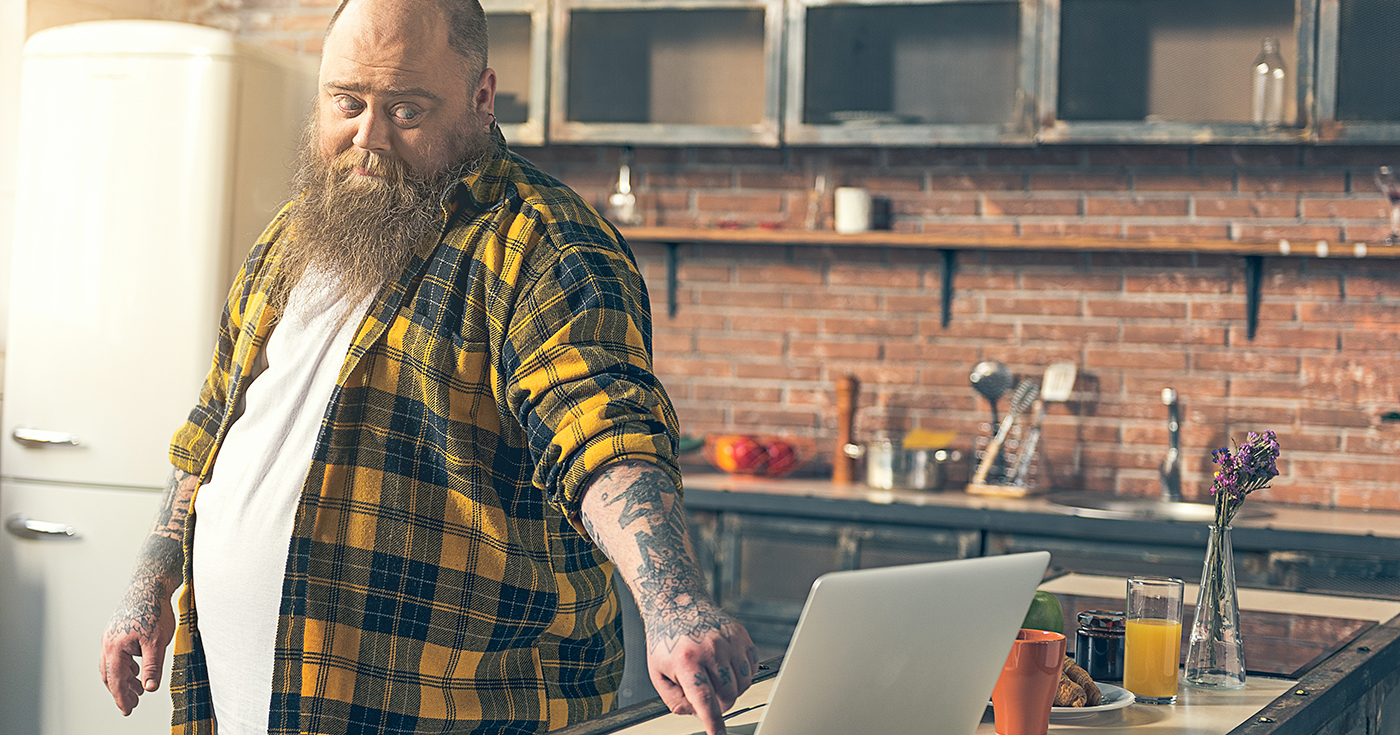 Grass Valley, CA — Local dickhead and dullard Mike Creston of Penn Valley has a lot of time on his hands. A self-professed “instigator,” the 64-year-old former electrician and sometimes mediocre musician says being retired has afforded him the time to “finally put the liberals in their place” with a constant stream of incendiary and mostly misleading Facebook posts.

“I didn’t vote for Trump,” said area dickhead and known liar Mike Creston of Penn Valley. “But I love the way he triggered the liberals. Not the real, classical liberals like myself, but these socialist libtards.”

“That asshole voted for Trump twice,” said Betty Creston Manor from her Nevada City home. “He’s as rightwing as possible, and he pretends to be a libertarian. Which, in my mind, allows him to virtual signal more.”

“I mean, Trump did some good things,” continues the overweight Creston. “I like how he cut all these EPA regulations and set capitalism on fire. And look, sure, we paid more income taxes in California, but growth has to come from somewhere.”

Mr. Creston spends most of his time “trolling” local Facebook groups, starting fights, and then claiming he’s the victim of personal attacks.

“Look, I’m just pointing out the truth to these socialists,” continued Creston. “Oh, they call me all kinds of names. They like to call me a fat idiot. And, sure, I’m a little heavy from one too many beers at McGee’s, but that’s part of my charm.”

Recently, playing the victim as he likes to do, having learned that skill at a tender young age from his overbearing mother, Mike invited a firestorm when he claimed that real victims are the real oppressors in our society.

“See, that’s what people don’t get. It’s the victims who have all the power, and it’s successful people like me, who have to support them all,” beamed Mr. Creston as if he finally figured out everything wrong in the world. “Sure, I’m on MediCal, and you know, I paid into that. So I have no trouble with that. And yes, I collect Social Security too. But there’s nothing wrong with that. It’s people like me who are the real victims.”

When asked if being a victim makes him the real oppressor, he grew annoyed.

“Of course not. How do you feel about tyranny sincerely exercised for the good of its victims?” Not seeming to understand the irony of his non-answer question. “Look, I don’t have time to explain this all to you. I’m no Trump supporter, nor have I ever been.”