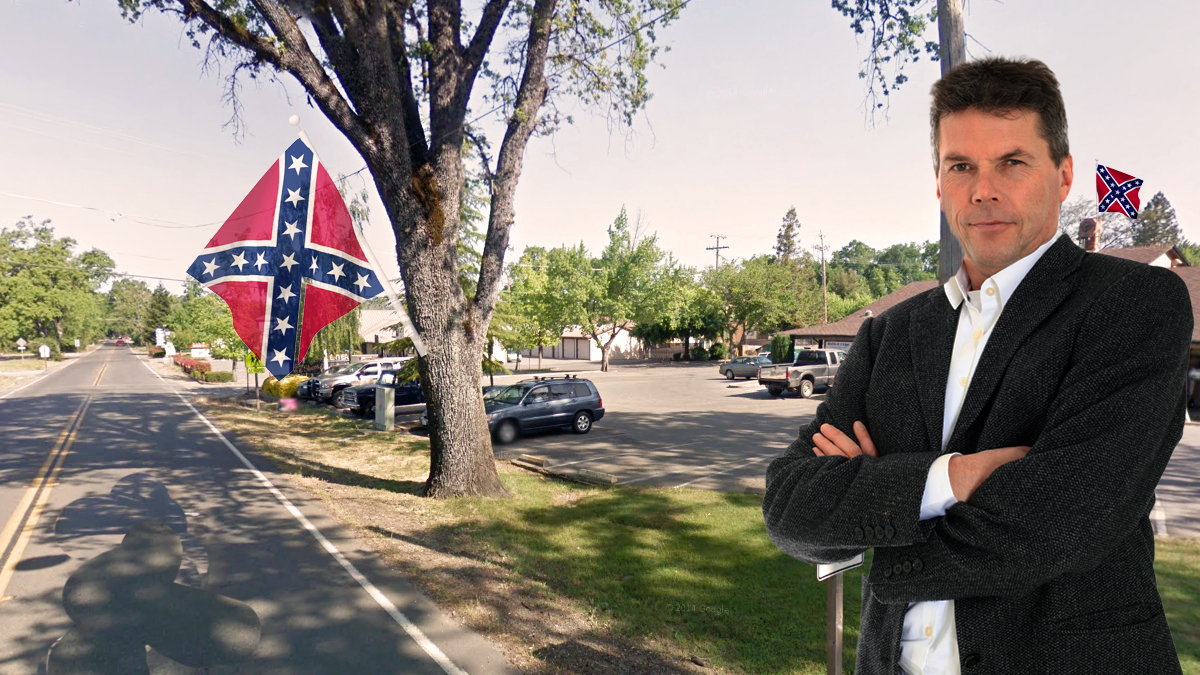 “I am all for working together with the other cities in the area, but it’s got to be fair,” said a somewhat magnanimous Mr. Whalen out in front of his Lake Wildwood home, a gated community located in Penn Valley, CA. “You see what’s going on here is what’s going on in the rest of America. We don’t make anything anymore. Now you look at Boeing. Boeing’s going over to China. They’re going to build a massive plant because China’s demanding it to order airplanes from Boeing. Same is true here in Penn Valley. We don’t contribute anything to the county. I’m going to change that.”

Donald Trump’s authoritarian, nativist and nationalist rhetoric has been compared to past fascist dictators. He claims that our country is in serious trouble and that “we don’t have victories anymore. We used to have victories, but we don’t have them. When was the last time anybody saw us beating, let’s say, China in a trade deal? They kill us. I beat China all the time. All the time.”

Mr. Whalen, who used to support conservative media personality Glenn Beck until he turned on “The Donald,” would like to seize on that energy, and apply it to the conservative Penn Valley, CA community.

“I see it every day here in Nevada County,” continued Mr. Whalen. “The Mexicans are coming here to Nevada County. Now, we’ve been able to keep them out of our gated communities, but they’re infesting the rest of the county with their drugs and their crime. They’re growing marijuana in our forests and killing people. It’s time to make Penn Valley the beacon of hope. Make it great again.”

It’s unclear how Mr. Whalen plans on accomplishing any of his given he is not running for office, nor does he have a budget at this time.