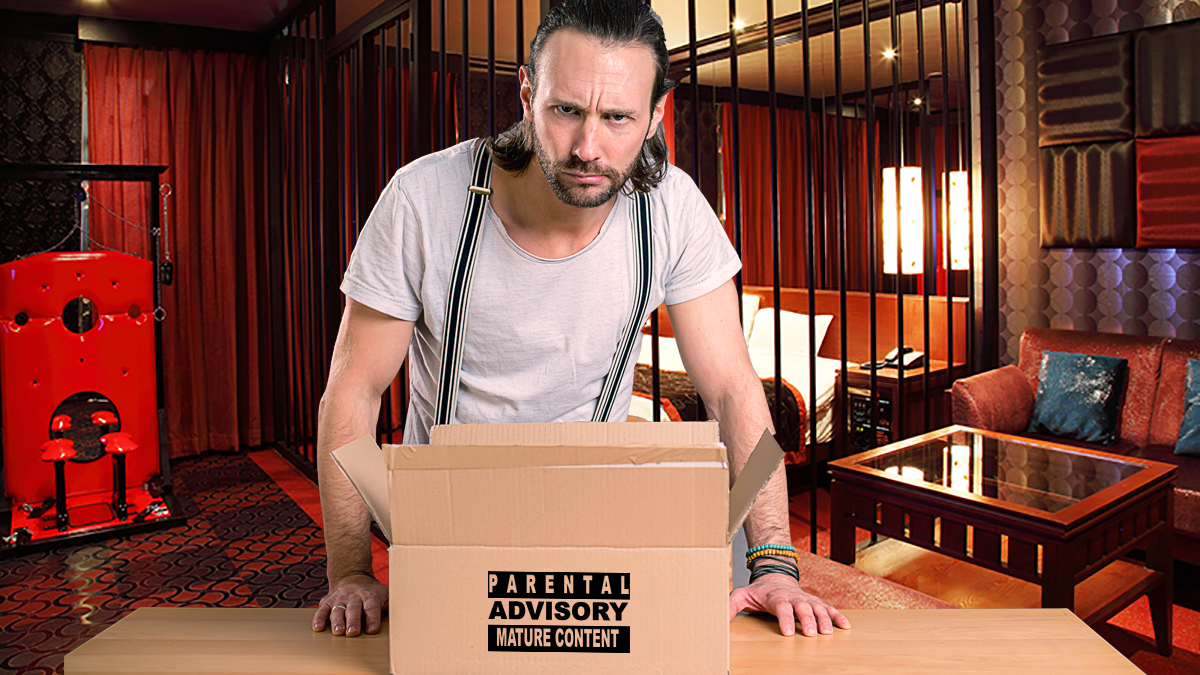 Lake of the Pines, CA  — An area fetishist made what many are calling the most ironic purchase of 2018. In what was assumed to be an obvious typo on social media, Lake of the Pines  Jared Beggar announced to his 500 Facebook friends and followers that he had purchased a giant black clock.

The seller, a Caesar Melendez  of Grass Valley, said he’s never seen such enthusiasm for a clock.

“I’d been sitting on this huge black clock for a few years and decided it was time to sell it off to a good home,” said Grass Valley’s Caesar Melendez relaxing in his Rhode Island Street living room. “Literally the moment I posted the description on Craigslist an enthusiastic response popped up into my email.”

For Mr. Beggar’s part, he has several Internet alerts to notify him of “gear” he might be interested in.

“I need to slow down and read better. I figured $300 was a more than fair price for what I wanted,” said Mr. Beggar from his make-shift ‘dungeon’ at his Lake of the Pines home. “so I sent a money order right then and there. Then this giant box arrives by FedEx Ground and I think, ‘oh, Lord. What have I gotten myself into?'”

Wasn’t the Purchase He Had Thought

Obviously Mr. Beggar thought his purchase was for something else.

“Anyway, after a few days, the box arrives. I open it and tear into the packaging only to find staring me in the face a giant mooning face – of a goddamn clock. I went back and reread the ad again and realized my mistake. Perhaps this big black clock will be a daily reminder for me to take my time and not be so hasty.”

After a few moments of starting at the huge, black clock, Jared decided to email Mr. Caesar and explain the situation.

“He was a sport about it,” laughs Caesar. “He emailed me and told me he had misread the ad but that he would keep the thing for a daily reminder of life’s value, or some shit like that.”