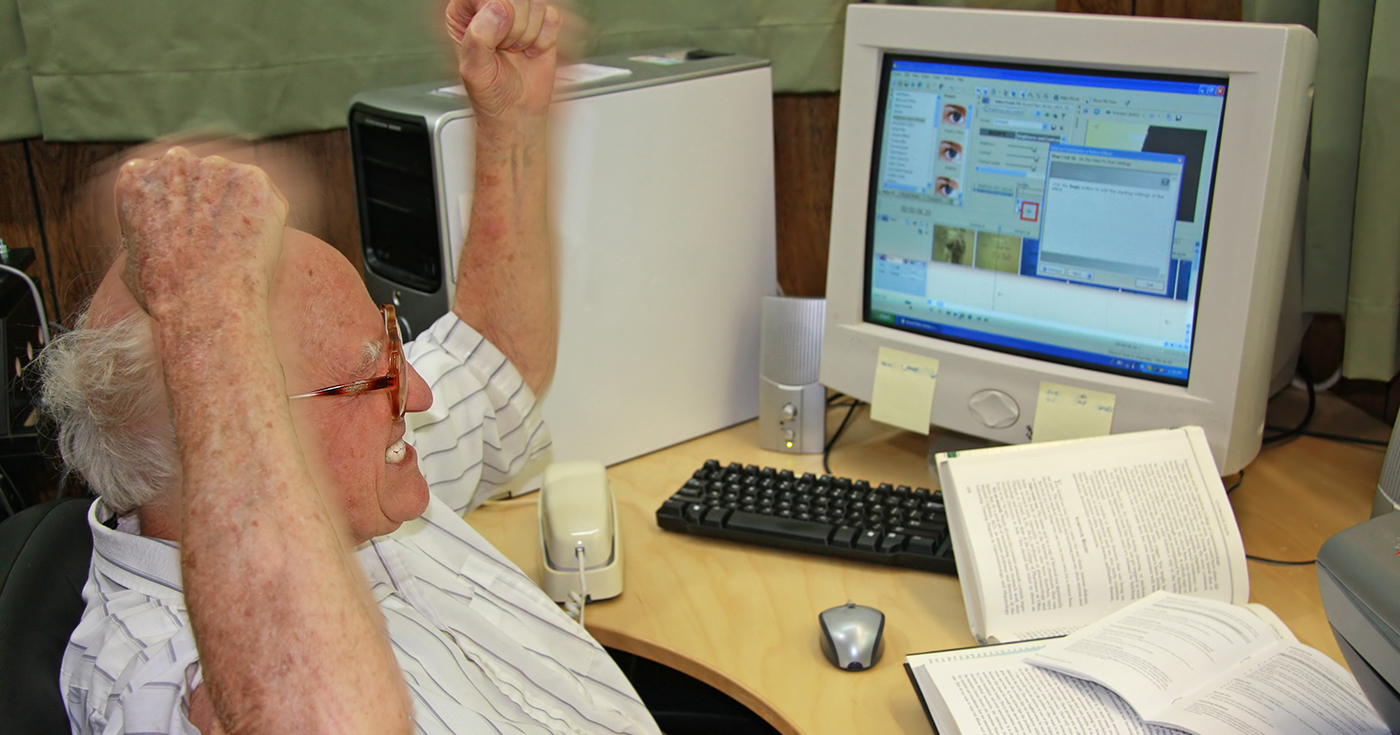 Nevada City, CA — Retired cement hill fascist Jerry Caustic always likened himself to a Renaissance Man. You might hear him offering his opinions on various topics at any given time, whether you want to hear them. He never apologizes for his controversial opinions, often proclaiming that’s a sign of weakness.

Over the past week, he had more reason not to apologize: his DSL was down. Although the disruption in his Internet service didn’t stop him from posting on this Readers Will Note blog, his appearances were less frequent. All six members of his blog had trouble adapting to his absence.

“I finally had to talk to my wife,” said a frequent blog visitor and a self-proclaimed asshole who goes by the unflattering handle of ‘Kentucky Flat Dipshit.’ “Come to find out, she hates me, and now I have to move out. But I get to keep my guns and my medication.”

Others didn’t even seem to notice Mr. Caustic was gone. Like Penn Valley resident and former dog catcher candidate Brock Whalen of Penn Valley, who commented about the virtues of Donald Trump in blog postings having nothing to do with the former president.

“Here’s the thing that you don’t understand,” said a condescending Mr. Whalen in a two-year-old discussion of linear algebra in STEM education. “I’m a lawyer, and I understand these things. But, if Trump were still president, Putin wouldn’t be doing this. Because Trump was unpredictable, and that scares Putin.”

Over the years, Mr. Caustic waxed poetic about the virtues of the free market in its ability to provide for the country’s citizens while collecting a social security check and Medicare benefits. So when the free market failed him, in the form of Internet Access, he addressed the contradiction by simply not talking about it.

The telephone company restored his DSL earlier this week. And according to the work crew at the scene, the downtime was caused by squirrels chewing through some of the lines and not, as Mr. Caustic maintained, due to BLM and ANTIFA activists plotting to take over America starting at his Cement Hill property.