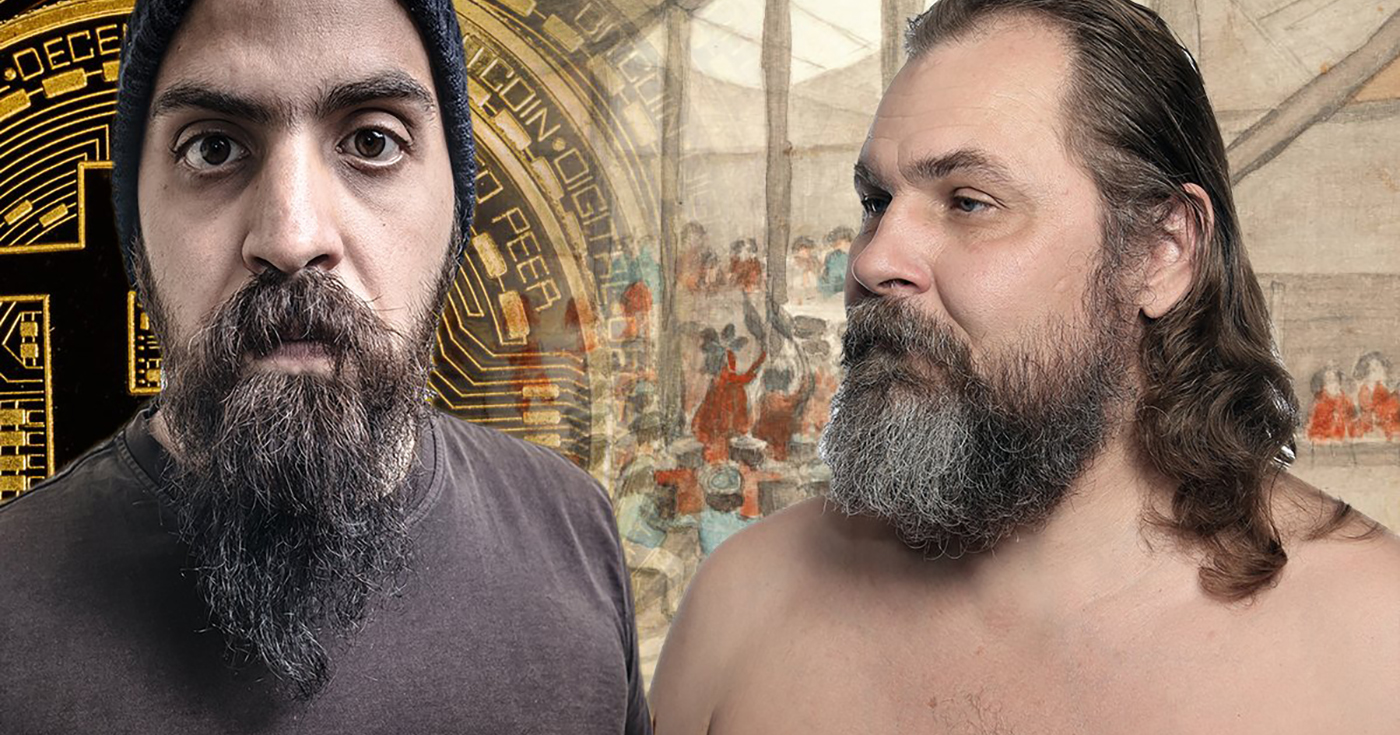 North San Juan, CA –A rather heated argument broke out over the weekend between an area Anarcho-Capitalist and an Anarcho-Communist about which form of Anarchism is superior to the other. The Facebook disagreement ended with threats to block each other. Area anarcho-capitalist David ‘X’ describes his encounter with “ana-comm” proponent Pete Kropotkin.

“This guy lives in la-la-land,” said David X speaking with the Beacon from his off-the-grid home on Tyler Foote Road. “It’s basic economics. And that’s something that Pete doesn’t seem to get. You have to have private ownership of goods and property, or the whole thing falls apart. That’s what’s so great about Bitcoin. Bitcoin is a decentralized [editors note: we removed the rest of David X’s 45-minute dissertation on Bitcoin.].”

Both Anarcho-Capitalism and Anarcho-Communism fall under the umbrella of Anarchism, which some say underpins modern Libertarianism. Anarcho-Communism differs from its capitalist sibling because it advocates the abolition of the state, capitalism, wage labor, and private property and favors joint ownership of the means of production, direct democracy, and a horizontal network of voluntary associations and workers’ councils with production.

Anarcho-capitalism stresses the importance of an individual and the voluntary nature of society. They are sometimes called “individualist anarchists” and the somewhat derogatory ”market fundamentalists.” And they love crypto-currencies such as bitcoin — a lot. And many have unresolved ‘mommy’ issues or ‘daddy’ issues, as the case may be.

“David just doesn’t understand how, as humans, we evolved to live in centralized communities,” said Mr. Kropotkin responding to questions from Gish Gallop. “We both agree that the State and other centralized controls limit our liberties and are ostensibly anti-human, but the ana-caps are just plain selfish; they know of the good of collectively owning the means of labor and production. You could say that many of the Native American societies were ana-comms. Just before they were wiped off the planet by imperialist invaders in the 19th Century[editors note: we removed the rest of Mr.  Kropotkin  27 minute dissertation on self-determining cultures and why they can’t compete with modern aggressors.].”

As of this writing, neither man has conceded their position. However, the Beacon expects to receive hundreds of letters requesting corrections on the respective ideologies.