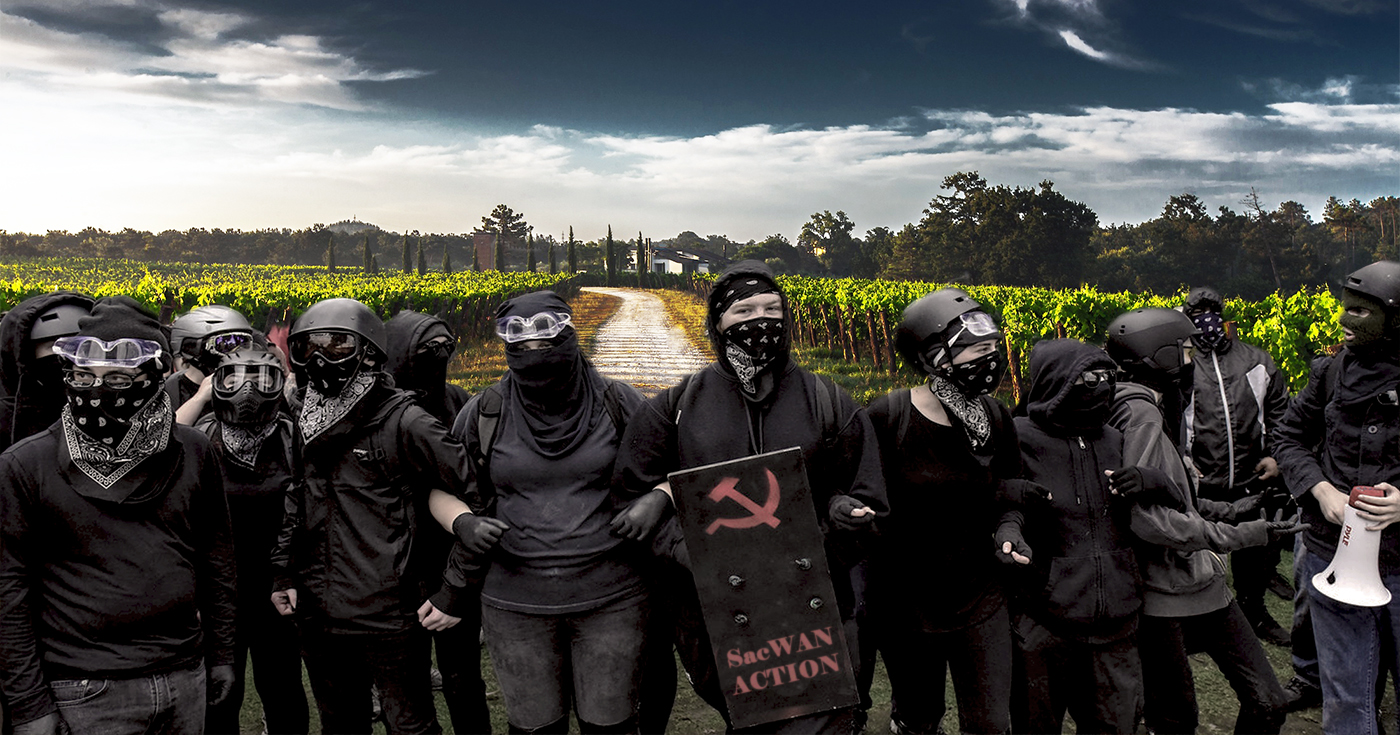 Oakville, CA — The West Sacramento chapter of the Workers Action Network or SacWAN, a pro-labor and social rights group loosely associated with ANTIFA announced on its Facebook page that they have been guarding Gavin Newsom’s PlumpJack Winery located in Oakville just north of Napa, CA.

According to the Facebook post, the usually secretive Leftist group took great pride in defending then-popular winery from what it described as “Reactionary forces” bent on “ensuring the dominant fascist hegemony.” According to the Napa Register, Mr. Newsom’s is closed, despite several rightwing conspiracy theories that maintain he used his position as governor to keep his tasting rooms open.

As for SacWAN, it’s unclear why they decided to defend the winery, which is located in a rural and remote part of Napa County. It’s especially baffling when the activist group could be spending their energy in other hotspot locations like Portland, Oregon, Seattle, Washington, or Rio Linda, California.

According to the Napa County Sheriff, the group has remained peaceful, and the winery has not complained about their presence, mainly because they are several hundred yards off the main highway and are not making noise.

“They’re quiet and orderly,” said Napa County Sheriff Deputy Kattie Comstock, a ten year veteran of the department. “They’re not even playing any music. They’re listening via headphones. We brought them sandwiches and water because they seemed to be running low on supplies. They were grateful and polite.”

When reached for comment, the governor’s spokesperson said Mr. Newsom didn’t know about their presence.