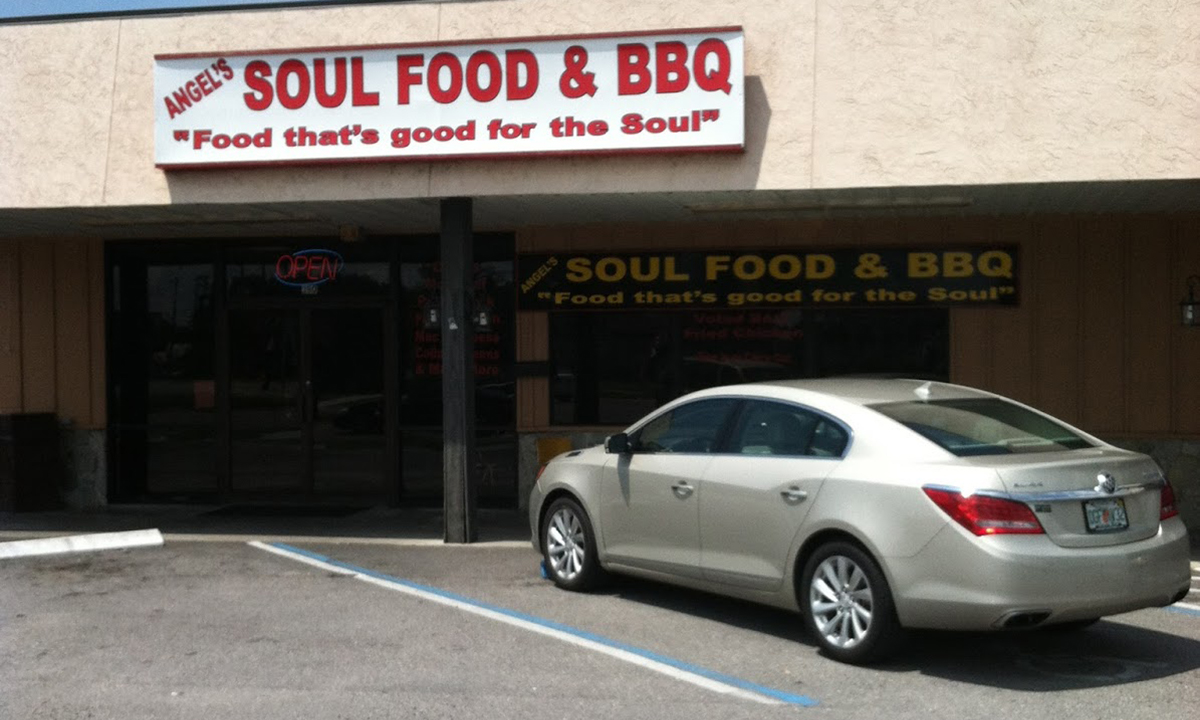 Penn Valley, CA — Angel’s Soul Kitchen restaurant in Penn Valley is apparently dead on arrival. The newly opened ‘Soul Kitchen’ felt obliged to shut its doors after only 24 minutes of operation. There may be hope, however.

“This place promised ‘good old Southern food’. Well, I ain’t seen that on this menu,” said an angry Burton Jaeger of Smartsville, “I don’t even know what collard greens and offal is. It was damn good, though.” Pointing at his menu and the pictures on it, he continued, “that one there the one that looks like sausage? – it’s more like that chorizo thing them Mexicans tricked me into eating once. These guys ain’t Mexicans, but still, damn thing is hot. Is biscuits and gravy that difficult? Can I just get a rasher of bacon…or some hash browns? Their stuff was really good and all, it was just, I don’t know, something was weird about the place.”

His wife did comment that the ‘Cassava and Sorghum Scramble’ was really good. She added, “especially when I put the okra paste on.” Burton explained to her that she was missing the point.

Demetrious Martin, co-owner of the Soul Kitchen, had a bit more to say about it.

“That realtor told us that Penn Valley is a booming location with lots of ‘true’ southern tastes. These MFers want some Denny’s-ass breakfast crap. The only good customers in the half hour we were open were that group from Nevada City. They loved it and said they will be back.”

He alleges the realtor may have misled in her sales pitch, the pitch that sold him on opening a soul food restaurant in Penn Valley.

“That bitch straight up lied, bro. She said Penn Valley would be perfect for our down-home southern cooking. But, truth be told, Angel [the waitress and co-owner] got no tips, and really seemed to draw a lot of dirty looks from the locals.” He added, “Perfect place my ass. Twenty satisfied customers and not a single tip? Whatever. I’m gonna paint the windows with the confederate flag tomorrow and reopen. Sales will probably go through the roof.”

He stared wistfully out the window and spoke quietly. “Megan and Britney will start as waitresses tomorrow. I think their presence may help our presence in this town. They have that Penn Valley look.”

All of the customers at the restaurant that day reportedly loved all the items on the menu but just thought something was ‘weird’ about the whole thing.

Says one very satisfied customer, “I won’t be coming back. Angel was very polite, and she served me some of the best food I think I’ve ever had, and with a smile. The ‘Watermellin Chicken’ was terrific, as was the livermush. That said, I don’t know. I don’t think this kind of environment makes a good fit for Penn Valley. I loved the hush-puppies.”

Demetrious has since renamed the Soul Kitchen to ‘Ranch Kitchen’ and has already booked 75 reservations for tomorrow’s Grand re-Opening.