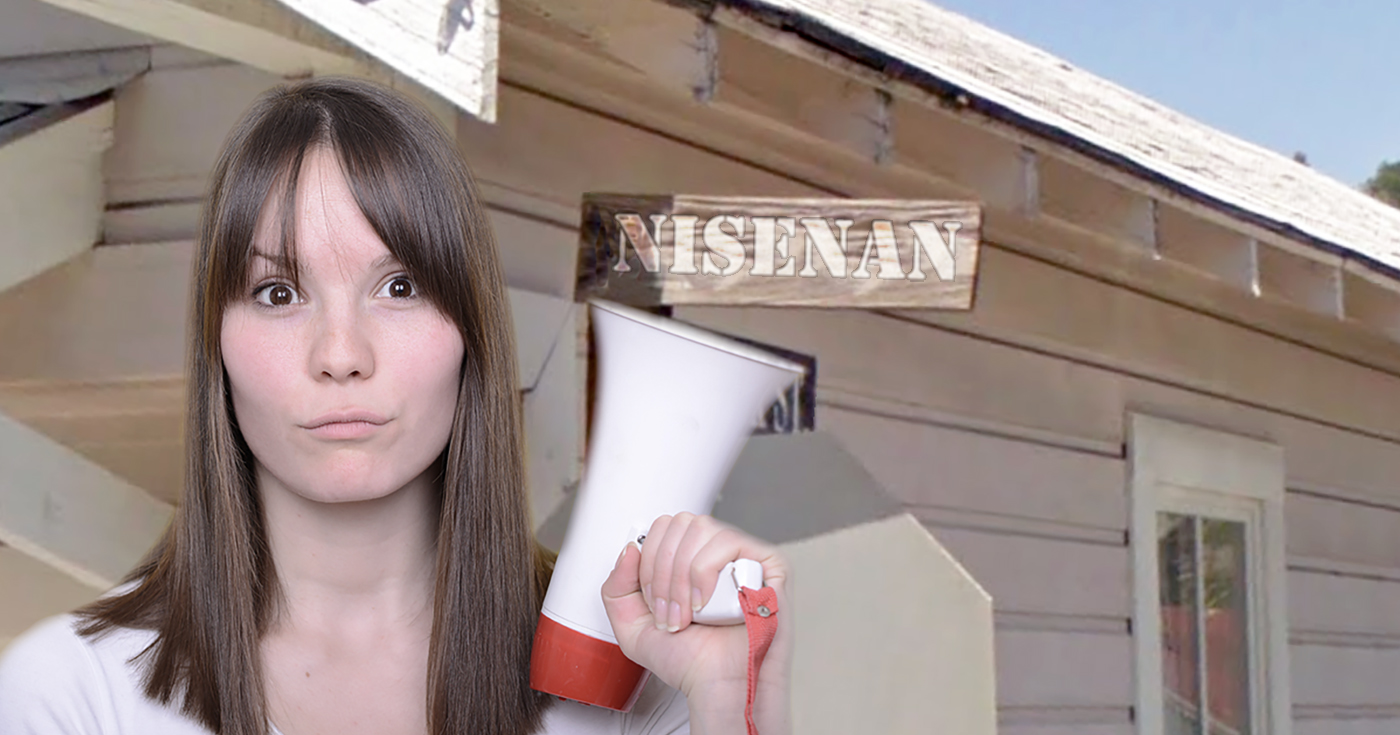 Nevada City, CA — Area community activist and former Sacramento State University part-time student Sairhra Ramun of Nevada City has petitioned the city council to formally change the name of Broad Street to Nisenan Blvd. The move, which has been expected by acquaintances close to the activist, was inspired by recent unrest at several college campuses across the country.

“This is the perfect time to fight oppression,” blasted Ms. Ramun from her megaphone out in front of the New York Hotel on Nevada City’s Broad Street. “Now is the time. We’ve seen victories at the University of Missouri and even some movement at Yale to fight the oppression of the ruling classes. Now it is time to bring it on home and remove the patriarchy from our local institutions. And there is nothing more representative of the subjugation and marginalization of women than calling our main thoroughfare Broad Street. And while we’re at it, let’s honor Native Americans.”

Broad Street, which is indeed that main road that runs the length of downtown Nevada City, takes its name from the fact that it is rather wide, especially by 19th Century Standards, when it was first graded during the California Gold Rush. However, this fact has not stopped local activists from complaining about what is perceived in the 21st Century as a “derogatory and chauvinistic representation of the patriarchy.”

[editor’s note: The Broad Street Beacon is against the street name change as rebranding our publication cuts into our liquor budget.]

Reaction from Penn Valley residents, a neighboring town to Nevada City, was predictable.

“This is yet another example of liberal political correctness disguised as discourse,” said Tea Party political activist Brock Whalen from his Lake Wildwood home. “These attempts at civic revisionism are a waste of time and are a form of symbolism over substance. They don’t mean anything. Besides, we already have enough things named after the Indians. And they have their casinos now too? They don’t need roads named after them now that they’re getting “whitey’s” money, right?”

According to a copy of the petition exclusively obtained by the Broad Street Beacon, it calls for “the immediate renaming of Broad Street to Nisenan Blvd.” to, in the words of the 12,531-word manifesto, “rightly return the dignity to Aboriginal and Indigenous Peoples which was stolen from them by white settlers,” and to “eliminate long-standing patriarchal vestiges from the civic discourse of Nevada City.”

The Nisenan, also known as the Southern Maidu and Valley Maidu, is one of many native groups of the California Central Valley. While the label “Maidu” is still used widely in Native American academia, “Maidu” is actually a gross oversimplification of a very complex division of smaller groups, “Tribelets” and Bands of Indians.

It is unclear at the time of this writing whether the City Council has reviewed the petition, nor if it plans on changing what many see as a local, and frankly permanent institution of the former California Gold Rush town. However, as for Ms. Ramun, this is just the beginning of the crusade.

“This is just the beginning,” continued Ms. Ramun over her megaphone. “We will not stop until all of the patriarchy has been purged from our civic institutions. I have a 5-year plan just for this very purpose, which includes a comprehensive re-education program for our citizens. Change starts with me, and then it’s your turn.”