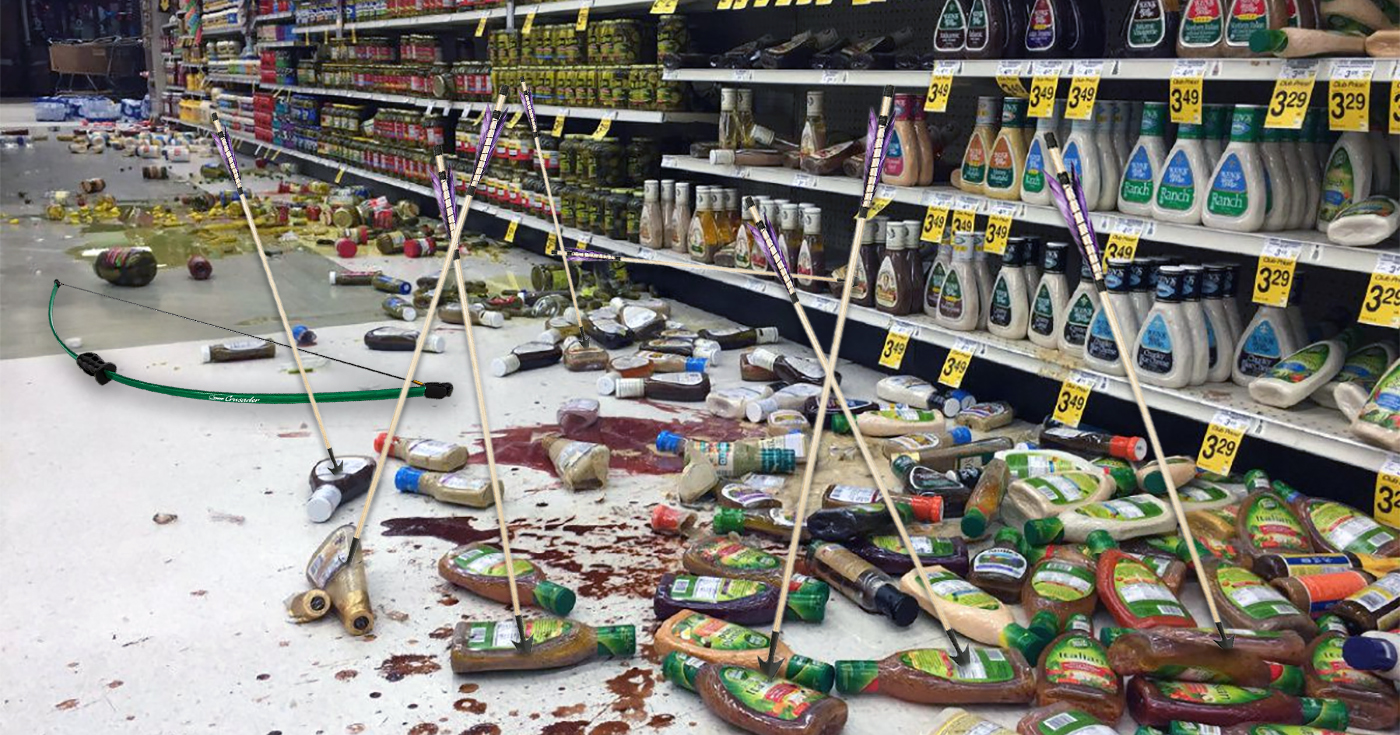 Grass Valley, CA — The Grass Valley police answered a call at the Fowler Center Save Mart last Tuesday by a panicked employee claiming: “some woman dressed like a Native American is attacking us with a bow and arrows! Please help! She is threatening everything in the store!”

Cashier Damion Broker then broke away from the phone for a second to yell, “no! not the watermelons” and reportedly began to sob.

When the police arrived at the scene, crazed drivers were ripping out of the parking lot, others cowering behind the cars that were left. A wide-eyed driver broadsided one of the police cars, and more officers had to be called to the scene, as well as an ambulance and a fire truck. Although later, the Fire Department claimed their crew was shopping.

When the police made their way into the semi-deadly parking lot, they had a small meeting before deciding to go in with bulletproof vests and hazmat gear.

“We don’t know what this suspect is capable of,” he told a reporter on the scene, “and I’d rather not be pulling an Indian arrowhead out of my arm anytime soon.”

When the police slowly moved into the store, their eyes widened in horror. All of the fresh fruits and veggies lay squashed on the ground, or pierced with arrows, creating a hazardous and slippery floor. As they inched forward, the chief slipped on a can of tomato soup. After helping him up, and a few carrying him outside to a stretcher, they ventured further into the store.

When they entered aisle three, they were accosted by the sight of an arrow lodged into a 10-deep row of corn chips, bags deflated. They began seriously worrying about their lives; however, when they reached the meat section.

43-year old single mom Carol Blanch of Grass Valley, reached inside the rotisserie machine and pulled another chicken out with her bare hands. The machine was riddled with arrows, and the chicken kept getting caught as she tried to pull them out. There were three of them in the shopping cart next to her already, laying on a pile of paper shopping bags.

She was humming a little song to herself, which reached a short crescendo as she freed the chicken from the box and set it on top of the others. She had always dreamt of a real Thanksgiving feast, and this year she and her kids would have one. George and Lilly would be so happy.

One of the officers finally croaked out a “Stop!” and she turned to look at them. She reportedly greeted them with a smile and an “Oh! Hello officers, how are you today?”

When they asked her why she had trashed the Save Mart and threatened the shopper with arrows, she seemed confused.

“I didn’t threaten anyone, and I was simply hunting for my family’s Thanksgiving feast.”

Still not convinced the woman was not dangerous, a brave officer stepped forward and asked her to take her hands off the chickens and raise them above her head. Shocked, she did so.

When she was handcuffed, they walked her through the store, out the front door, to the cheering shoppers. The Save Mart manager came up to shake a trainee’s hand.

When a reporter asked the woman why she had done such a horrible thing, the woman replied, “I was just trying to feed my family.”

The officers gently ushered her into a police vehicle and drove her away with a final wave at the smiling shoppers. 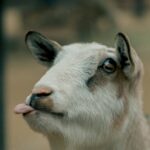 Maribella Promijeniti is a 73-year-old woman that lives with her cat colony high in the Andes Mountains of Peru. She creates her own electricity by riding her stationary bike, which means she can only be on the internet while riding said bike. This can make it incredibly difficult for her to get online in the winter, as her bike is outside. So, please don’t expect an immediate response from any text or email sent her direction.